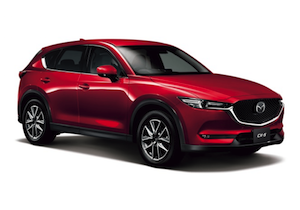 Japan – Plant 2 in Yamaguchi Prefecture has joined Hiroshima Plant and other facilities in China and Malaysia as a producer of the new model. Mazda said this will enable it to “flexibly and rapidly” meet growing global demand for crossovers.

At the production launch, Hidenori Kawakami, executive officer and plant manager said the team at Hofu is “keenly aware of our position as one of the parent factories in Mazda’s global manufacturing network” and pledged to “craft each car with attention to detail, pride and commitment”. He added: “Through the manufacture of automobiles, we will continue to contribute to Japan’s monotsukuri and to regional development”.

Mazda has been working on improving the flexibility of its production network, introducing CX-3 capability at Hofu in December 2016 and enhancing the bodyshop at Hiroshima for crossovers in August this year. The OEM is aiming to hit global sales of 1.65m by the end of its three-year business plan, Structural Reform Stage 2, which was launched last fiscal year.