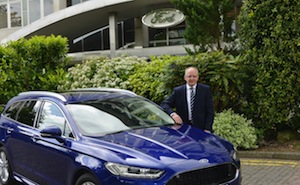 UK – Effective from July 1, Andy Barratt will be chairman and managing director; his predecessor, Mark Ovenden, is moving on to become president and CEO of Ford Sollers, the joint venture with JSC Sollers in Russia.

Barratt has experience of leading Ford sales teams within the UK and was also director, Ford Customer Service Division (FCSD). In 2011, he was appointed director of sales, Ford of Britain.

Jim Farley, executive vice-president and president, EMEA, Ford, said Ovenden was “well-equipped to deal with the current difficult market conditions in this [UK] market as well as the tremendous potential it offers”.

Roelant de Waard, vice-president of marketing, sales and service, Ford of Europe, added that Barratt would represent the company on “key issues such as the future of UK automotive manufacturing, skills, research and development, and the low-emissions agenda”.

Ford said that Barratt’s replacement would be announced separately.