The collaboration between Renault, Nissan and Daimler continues to progress – but what makes it tick? 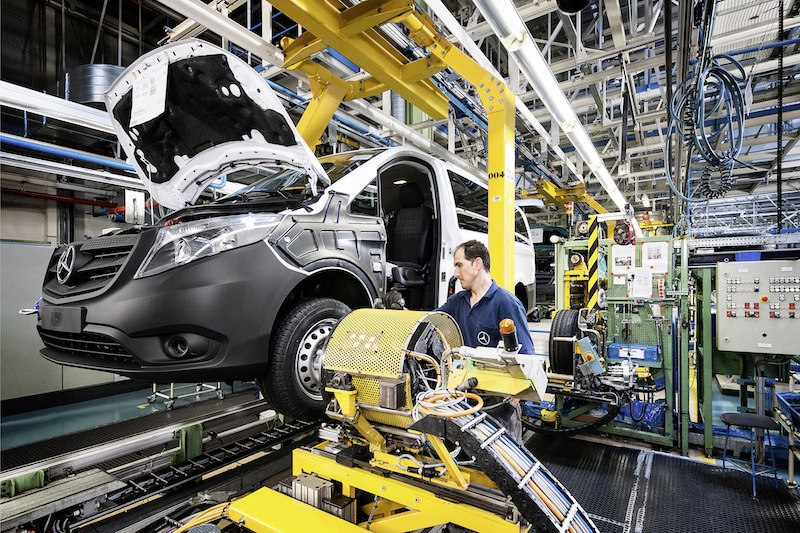 Renault and Nissan established their cross-shareholding and wide-ranging alliance in 1999. It is now the most enduring international partnership between two major car companies in the modern automotive industry. Renault has a 43.4% stake in Nissan, which has 15% in Renault. The two companies each have a 50% stake in the Alliance holding company and broadly equal presences on the operating board and various steering committees. This alliance has made major progress in common purchasing, supply chain logistics, platform development and sharing manufacturing capacity in Korea, India and elsewhere. The partnership also encompasses a controlling stake in AvtoVAZ of Russia. Less well-known, but in many ways of equal significance, is a second alliance between Renault-Nissan and Daimler.

These somewhat unlikely allies announced their partnership in April 2010 and have since confirmed not just cross-shareholdings between the three companies, but also more than a dozen specific projects, with many more under discussion but yet to be announced. Here, the cross-shareholdings involve Daimler having a 3.1% stake in each of Renault and Nissan, with Renault and Nissan each holding 1.55% (3.1% in total) in Daimler.

This alliance initially focused on three specific projects in Europe but it has since been expanded to embrace more projects in the region, plus others in North America and Japan. This article sets the context for the alliance and provides an outline of its various projects; a second article will go into greater detail on the projects which have brought Daimler, Renault and Nissan together.

In the beginning
The three projects announced back in April 2010 focused on:
·       Co-operation on the development of next-generation smart fortwo and Renault Twingo models (both of which have recently been introduced); a further intention was to develop electric versions of both models and expand the smart and Twingo model line-ups
·       A wide-ranging powertrain sharing strategy, including developing a new range of applications in both passenger cars and light commercial vehicles (LCVs). Initially, this included three specific programmes: firstly, new engines for the smart and Twingo which could be modified for Mercedes-Benz to use in its next-generation premium compact car range; secondly, Mercedes-Benz engines (both gasoline and diesel) to be provided to Nissan’s premium brand, Infiniti; and thirdly, in return, the supply of a Renault-Nissan diesel engine for the next Mercedes-Benz Vito van
·       Collaboration on LCVs: initially in Europe this focused on Renault producing a version of its Kangoo compact van to supply to Mercedes-Benz as the Citan.

Additionally, in the manner typical of large companies forming wide-ranging partnerships, the companies committed to assessing common purchasing possibilities, exchanging information on performance benchmarks and the identification of best practices from one party which the other could also adopt.

In prepared statements at the time, Dieter Zetsche, Daimler’s chairman, said: “Daimler and the Renault-Nissan Alliance are combining common interests to form a promising foundation for a successful, strategically sound co-operation that is based on a number of very concrete and attractive projects.”

He added that the skills of the two companies “complement each other very well” and that they would see immediate benefits in terms of improving their competitiveness in the small and compact car segments, as well as reducing their CO2 footprints. As far as Zetsche was concerned, this alliance would allow both sides to produce or access “brand-typical products based on shared architectures”, while at the same, “the individual brands' identities will remain unaffected”.

From the other side, Renault-Nissan chairman and CEO Carlos Ghosn made it clear that “the Renault-Nissan Alliance knows how to work successfully in collaborative partnerships”, before adding that further areas of co-operation were being worked on and would be announced in due course.

Moving at ten to the dozen
Since the 2010 announcement, the alliance has been extended in a multitude of ways, including: more jointly developed engines; licences from Daimler to Nissan for its transmissions supplier (JATCO) to manufacture Daimler transmissions; fuel cell development with Ford; and the joint production of engines in a new factory in North America. Indeed by 2013, the companies were able to announce that the number of major projects they were working on had jumped from three to ten.

Since then, the alliance has added the cross-supply of commercial vehicles between Nissan and Fuso (Daimler’s Japanese arm) and the imminent start of UK production of vehicles based on Daimler’s MFA platform by Nissan; on behalf of its premium brand, Infiniti, Nissan’s Sunderland plant will make the Q30 and QX30 compact cars and SUVs. The total number of joint projects and areas of co-operation has gone beyond a dozen.

Now is an apposite time to look at this alliance’s impact and benefits, and assess what it tells us about the future direction for the industry as whole. At the 2014 Paris Motor Show, Ghosn and Zetsche said that “everything is on the table”, meaning that many more areas for potential collaboration would be, and were already being, discussed. Ghosn added that “there are no sacred cows”, which suggests that the idea of a luxury Renault model based on Mercedes-Benz technology is not entirely off the agenda.

The benefits are not just in terms of shared platforms, either of vehicles or powertrains, but also in some back office functions and systems collaboration. By October 2014, the companies claimed that these had resulted in total cost savings of well over €2 billion ($2.2 billion). Furthermore, according to Ghosn, the exchange of revenue through the supply of components, technologies and services will “double over the next six years”.

“Daimler and the Renault-Nissan Alliance are combining common interests to form a promising foundation for a successful, strategically sound co-operation that is based on a number of very concrete and attractive projects”
– Dieter Zetsche, Daimler

The alliance also brings advantages throughout the management layers. Judging by their interaction at the Paris Motor Show, the two CEOs clearly get on well. It would appear that they have been able to pass this enthusiasm on to their senior management colleagues on both sides, and key operational management in all three companies. Although both men have been at the top of their respective companies for many years, they insist that the alliance will outlast them when they are no longer around, because the various co-operative projects have become so embedded. Zetsche said, “If ever one of us would decide not to continue in his job, co-operation would continue.” 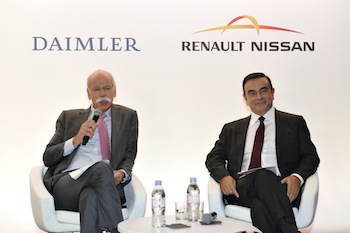 The importance of equality
So why did the two companies decide to develop in this way, why has it been such a success and what lessons can we learn in terms of how the automotive industry might develop? In simple terms, the decision to work together comes down to economics, but equally the alliance has been a success because the two sides are perceived, and believe themselves to be, equal; neither side appears to feel any imposition from or dominance by the other, so the dynamics between the companies work well.

Meanwhile, Daimler has been under tremendous pressure to reduce its fuel emissions. Having focused mostly on large cars in the modern era, not even recent experience with the A-Class and smart had prepared it adequately for developing engines for its small cars, and indeed light vans, which will meet future European emissions rules.

Nissan’s Infiniti brand was in a comparable situation. In order to compete in the European premium compact segment better and more quickly than it could through developing a presence here alone, Infiniti found it more cost-effective to license core technologies from the Daimler A-Class (MFA) platform; the Infiniti Q30/QX30 will look entirely different from the A-Class and GLA (the Mercedes-Benz products on the same platform), but they will share technical underpinnings. Even if consumers know they have some shared engines, the evidence from other areas of the alliance so far is that this is not going to matter.

Might this alliance be the template for future collaborations? Possibly, but the automotive industry is littered with cases of collapsed partnerships. Daimler itself failed to work with Chrysler, Hyundai and Mitsubishi, although in fact Daimler was attempting to take over these companies and impose its own culture and systems. At the time, Chrysler, Mitsubishi and even Hyundai were weak financially and organisationally, but not so weak that they would easily be absorbed or dominated. 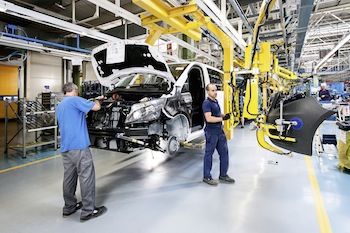 And that, perhaps, is the key lesson. For collaborations, joint ventures and partnerships to work, all sides need to bring broadly equal assets to the party, assets the others need, and – crucially – the parties need to feel equal. For Daimler-Nissan-Renault, this appears to be the case and, as we shall see in the next article, there are at least a dozen examples of success already, with many more likely to follow.