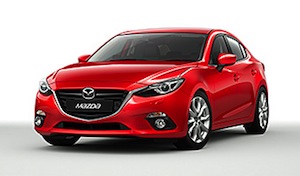 Thailand – Known as Mazda Adela in Japan, the new model is being manufactured by AutoAlliance Thailand (AAT) for the local market, ahead of the sales launch this month.

Masamichi Kogai, president of Mazda, described AAT as “one of Mazda’s most important production facilities in terms of the future growth of our business” and asserted that the production launch of the new Mazda “indicates that our business has begun a new stage in this country”.

AAT first began producing the Mazda3 in 2011 and had produced 12,661 units by January this year.