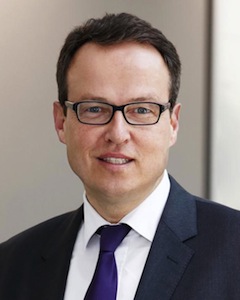 US – Starting from April 2016, Hinrich Woebcken will become head of North America, with responsibility for all the activities of Volkswagen Passenger Cars in the region. His appointment is part of a broader strategy to reinforce the company’s operations in the regions – grouping development, procurement, production and sales in the US, Mexico and Canada.

In 1985, Woebcken started his career at Krauss-Maffei as a production engineer and assembly section manager in the Injection-Moulding Machinery division; he later became head of division, Standard Machinery, and global head of Sales and Marketing. In 1988, Woebcken moved to Dürr, where he served as managing director until 2004.

In 2014, Woebcken was named member of the executive board and CEO of Commercial Vehicle Systems at Knorr Bremse.