Weighing up the options 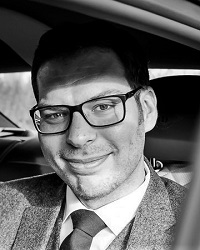 Disruptive technology was high on the agenda at JEC World, the composites industry’s flagship event held every March in Paris, France.

A sizable proportion of the 42,445 people who attended the show flocked to see Dirk Ahlborn, Chief Executive Officer of Hyperloop Transportation Technologies (HTT), lay out his vision for the future; a future where commuters in pressurized capsules floating on magnets will be transported through vacuum tubes from city to city at speeds of up to 1223kph.

Nothing is conventional about HTT. Why buy-in expertise to make this vison reality when it can be crowdsourced in exchange for equity in the company? Why charge commuters for their trip when they will be a captive audience for companies to advertise to?

How much of this will become reality remains to be seen, but it is interesting given that the automotive industry appears to be on the brink of a paradigm shift too – towards electrification, ride sharing and autonomy – and the world’s leading producers of composites see this as a massive opportunity.

Batteries are heavy, they say, and therefore lightweight materials will be a key enabler in the move away from conventional drivetrains. Light and stiff carbon fibre-reinforced plastics (CFRPs) are particularly attractive for these vehicles. For example, Williams Advanced Engineering showed its FW-EVX electric vehicle platform concept for C, C-D and D-segment vehicles. All sorts of wizardry with composites helps to produce a structure – with all-round wishbone suspension, up to four motors, four-wheel drive transmission, steering and a 350kg, 80kWh lithium-ion battery pack – that weighs just 955kg in total.

However, getting CFRPs into mass-production vehicles of any stripe remains a challenge. Solutions to this problem do exist, as shown by the JEC Innovation Award winners in the Automotive Process and Application categories. The first gong went to Audi AG and its partners, Voith Composites, Dow Automotive and Zoltek Corp, for the development and manufacture of the A8's CFRP rear bulkhead and parcel shelf (covered extensively in my articles for AMS). The second award was presented to Ford Motor Co, which worked with WMG, Gestamp Chassis and GRM to develop a CFRP tieblade-knuckle for a class-C vehicle. This part could replace the multiple-piece fabricated steel component currently used in this application with a single moulding—saving in excess of 4.5kg of weight per vehicle.

But cost remains a significant hurdle. At the show's automotive conference, BMW's CFRP Specialist Gunnar Rieber outlined the wet compression moulding process the carmaker uses to produce eight parts for the 7 Series at its Dingolfing plant. Most interestingly, he revealed that the carbon fibre alone accounts for over 40% of the cost of each component produced using this method. Throw in the processes used to turn these fibres into preforms and that figure reaches around 70%. The development of fast and efficient production process will only take carmakers so far if raw material costs are not lowered.

BMW is now letting other OEMs use its Dingolfing composites plant; Porsche, for instance has already done so. Rieber said that this move makes sense as it helps BMW recoup its investments. He wouldn’t be drawn on the question of whether the carmaker is doing this through choice, or because it feels like it has to.