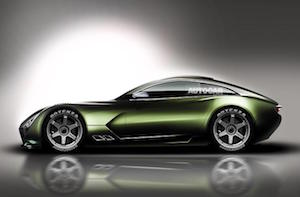 UK – The factory in the Ebbw Vale Enterprise Zone is being supported by investment from the Welsh authorities and represents a capital expenditure of about £30m ($42.3m) over the next five years. The vehicle-maker is currently selecting the exact location for its plant, which will be unveiled in the coming weeks.

Les Edgar, chairman of TVR said: “South Wales is becoming a major hub for automotive and motorsport technology and development and the area is a serious opportunity for business development and job creation.” The announcement from TVR follows news last month that Aston Martin will construct a factory at St Athan for production of its upcoming crossover.

The TVR launch vehicle, announced last year, will include ground-effect technology inspired by Formula One, according to its manufacturer. The chassis and body have been designed by Gordon Murray and will be the first production car to be made using the latter’s iStream assembly process. The vehicle will be powered by a Cosworth-tuned and enhanced V8 engine. TVR says it has already received 350 orders, which will fill production capacity up to the end of 2018.