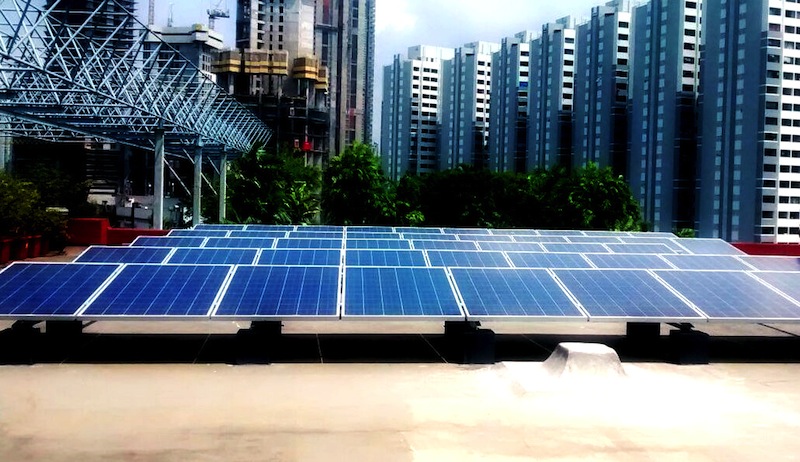 India was the sixth-largest vehicle-producing country in the world in 2013, according to statistics from the International Organization of Motor Vehicle Manufacturers. Moreover, global analyst IHS Automotive predicts that the country will move up to take the third spot by 2016. This is ahead of well-known manufacturing powerhouses such as Germany and Japan. IHS also forecasts that Indian auto exports will increase from 440,000 units in 2013 to 530,000 units in 2020.

With this growth in the production of vehicles in India, the likely rise in greenhouse gas emissions presents a major challenge for the country. India’s energy demand is certainly on the increase. According to the International Energy Agency’s 'CO2 Emissions from Fuel Combustion Highlights 2013' report, India was third in the world in terms of CO2 emissions in 2011 – and doubled its emissions that year. The report also identified that India produces more than two-thirds of its electricity and heat through fossil fuels, rather than renewable energy sources.

According to global consulting firm McKinsey & Company, India’s GDP is expected to rise by 7.5% by 2030, driven by high population growth, lifestyle modernisation, higher electrification rates and a rapidly growing economy. As a result, it expects energy demand to nearly double in the same timeframe. Meanwhile, in its report 'Environmental and Energy Sustainability: An Approach for India', the company identified clean power and energy-efficiency measures as having the largest potential impact on emissions; these two measures could potentially reduce CO2 output by 28-34% by 2030.

Trying not to waste water

To add to this, India also faces problems in terms of water shortages and waste management, making environmental sustainability for automotive manufacturers more important than ever before. With this in mind, many local automakers, as well as global companies operating within India, have implemented significant initiatives to make their operations more sustainable, focusing on the need to reduce energy usage and greenhouse gas emissions whilst being careful about water usage.

In July 2013, the World Resources Institute India, the Energy and Resources Institute, and the Confederation of Indian Industry launched the India Greenhouse Gas Program (the India GHG Program). This is a voluntary initiative to standardise measurement and management of GHG emissions in the country. Ford made headlines that same month when it became the first automaker to join the programme.

The company also follows a number of green manufacturing practices at its plant in Chennai which have enabled it to reuse 100% of the wastewater generated in the plant, to reduce water consumption per car produced by 30% over the past three years and to cut electricity consumption per car by 10%. In addition, all of the hazardous waste produced in Chennai is either recycled or co-processed in the cement industry. As a result, the plant has achieved zero-landfill status.

Thinking Blue for greener production
Meanwhile, Volkswagen’s ‘Think Blue’ global philosophy is intended to help reduce the impact of manufacturing on the environment. The programme, which was adopted in India in 2012, is concerned with efficiency improvements leading to eco-friendly production. The ‘Think Blue. Factory’ concept is an additional integral part of this strategy. 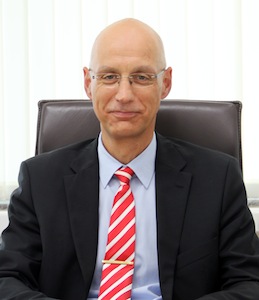 “The entire ‘Think Blue. Factory’ programme has a ‘staircase’ – this term defines the steps or actions that will be implemented each year – chalked out, which we call our ‘Migration Path’,” explains Lauenroth. “We will be working on these measures until 2018. Depending on the requirements, the plan of action is constantly being reviewed and revised for best results.”

Establishing the plant was not all straightforward. “One of the biggest challenges faced under the ‘Think Blue. Factory’ programme for us in India is regarding VOC emissions, which are mostly caused by the solvent-based paints that we use in our paintshop,” says Lauenroth. “The conditions in India were such that, at the time of setting up of our plant, we had to take a conscious decision to select solvent-based paints over water-based paints.”

However, in terms of energy consumption, CO2 emissions and waste generation, the company is well on its way to achieving its targets on schedule. “With water consumption too, we have activities lined up that would give us the required results in the given timeframe,” says Lauenroth. “The VOC emissions still remain a challenge for us and we are continuously exploring various methods to get results on this front.”

One of the recent actions that the company has undertaken is the implementation of a VOC Toolkit, developed at its headquarters in Wolfsburg, Germany, which helps in tracking the VOC emissions. “The Toolkit also comes with solutions that can be implemented at each stage of the painting process so as to reduce these emissions,” says Lauenroth. “We are also implementing actions such as higher automation in painting processes, which improves the efficiency of painting, thus reducing the quantity of paint required per car. This ultimately helps in cutting down the VOC emissions.”

Avoiding leaks at DICV
Daimler is another global automotive manufacturer that is making headway with sustainability at its operations in India. Daimler India Commercial Vehicles (DICV), which was established in 2009, has been manufacturing trucks tailored to the Indian market under the BharatBenz brand name at a plant near Chennai since June 2012. This plant produces most of its own energy, while the company also operates a purification facility in a region that suffers from an acute water shortage. The water management system ensures that process water is never wasted and that rainwater is returned to the local ecosystem.

As part of this, DICV has implemented a ‘zero discharge’ policy, which means that no water leaves the plant via a sewer, but instead is funnelled through pipes, pumps, filters and evaporators in a closed loop and is continually reconditioned. The company has pledged that it will not release any liquid or solid pollutants into the environment through the water cycle. The overall goal is to prevent water pollution and to use as little natural resource water as possible, which is especially important in a country with long dry spells, such as India.

Generating interest in solar power
The use of renewable energy is another key sustainability initiative that automotive manufacturers are considering. As the engineering procurement and construction arm of the Mahindra Group, Mahindra EPC has established itself as a dominant player in both grid connected and off-grid EPC services, with a portfolio of 90 MW installations across utility scale and distributed solar. The company has now installed its first diesel generator and solar photovoltaic (DG-PV) hybrid solution at Mahindra’s engine factory at Igatpuri. The project was commissioned in January 2014 and took 30 days to complete.

“We realised that the Indian auto industry had several plants which were running on back-up diesel generators or expensive power grids,” says Basant Jain, CEO of Mahindra EPC. “These companies also had ample space for solar PV, and we thought of piloting it with a sister company and hence proposed it to our Igatpuri plant. The automotive team there was extremely supportive and they immediately accepted the proposal. The personnel at the Igatpuri site were very co-operative and they ensured the smooth commissioning of the plant. He continues: “The incorporation of DG, grid and solar while ensuring maximum solar PV penetration is an extremely challenging engineering feat, which the team has successfully accomplished.” 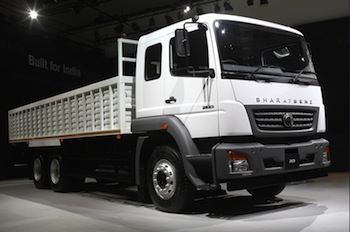 The solution has India’s highest solar-to-diesel capacity ratio of over 80%. “The installation is comprised of a 66kW solar plant and is connected to an 82.5kVA diesel generator using MACXTM, Mahindra EPC’s proprietary advanced controller unit,” says Jain. “Our company offers the DG-PV hybrid solution in sizes ranging from 5kW to 1MW.”

The way MACXTM works is by maximising the use of solar power while ensuring complete system stability, as well as a substantial reduction in diesel consumption. The intelligent solution efficiently integrates a PV system with existing and new diesel generator sets. The plant is remotely monitored and controlled, using Mahindra’s proprietary Machine Pulse solar PV monitoring and control solution that ensures the highest plant uptime (100% since the completion of the project), plus precise reporting.

So far, the results have been very positive, as Jain explains: “On average, our electricity costs have been reduced by 50% and diesel consumption has decreased by 40%. Apart from all the above mentioned benefits, the Solar PV plant also lends aesthetic value to the parking lot while providing shade for the vehicles, keeping them cool. We have had several customers from the auto and ancillary industries enquiring about the Solar PV systems and how they could add renewables to their energy mix, resulting in several of our projects.”

Implementing other DG-PV projects
As Jain mentions, the installation of the DG-PV hybrid solution at the Igatpuri plant is not the only automotive project the company has undertaken in India. Super Auto Forge, which is the largest manufacturer of cold- and hot-forged steel and aluminium parts in India, commissioned a rooftop DG-PV hybrid solution in September 2014 for its Chennai plant. This comprised a slant tin roof, poly crystalline modules and a 250kW peak solar plant connected to a 625kVA diesel generator, which also uses MACXTM.

Then there is IM Gears, an Indian company which makes high-precision automotive parts. IM commissioned a ground-based DG-PV solution in March 2014 at its Virudhunagar plant in the south of the country. The installation consisted of polycrystalline modules and a 1.062mW peak solar plant. The plant has experienced 100% uptime since the solution was implemented.

But, according to Jain, the establishment of the solar PV plant at Igatpuri is only a small step towards sustainability at group level. “The clear benefit is that of reducing our carbon footprint and decreasing the usage of fossil fuels and grid power,” he says.” It also ensures that we at the Mahindra Group set an example for our vendors, customers and competition to incorporate renewables and sustainability in their day-to-day lives.”