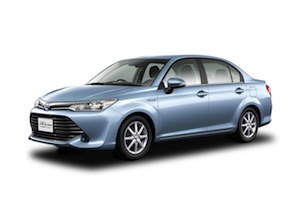 US – The OEM will spend $1 billion on a new plant in central Mexico and will also adapt its factories at Cambridge and Woodstock, Canada, to produce mid-sized vehicles of higher value. The recently announced plans will support the Toyota New Global Architecture (TNGA) for achieving sustainable growth through greater quality and efficiency.

Located in Guanajuato, Toyota’s 15th plant in North America – its first since 2011 – will feature the latest TNGA production engineering innovations and manufacture around 200,000 Corollas per annum with the assistance of 2,000 personnel. It will be the first plant worldwide designed with TNGA from the ground up, and represents the vehicle-maker’s largest investment in Mexico to date.

Following the production launch at Guanajuato in 2019 with the 2020 Corolla, Toyota’s Cambridge, Ontario North Plant will make the switch from Corolla production to mid-sized vehicles. This transition will involve the first major reinvestment at the site since it opened in 1997. Toyota will also invest in the assembly plants at Cambridge and Woodstock for the implementation of TNGA modifications. The Cambridge South Plant will continue to build the Lexus RX 350 and 450h; Woodstock will still make the RAV4.

These changes mean that, by 2019, the Cambridge plants will be producing higher-value, mid-sized vehicles alongside the OEM’s plants in the US at Kentucky and Indiana. With the new Guanajuato plant joining Toyota Mississippi in Corolla production, the company’s compact car manufacturing will be consolidated in the southern states and Mexico.

“Our next-generation production facility in Mexico will be a model for the future of global manufacturing and set a new standard for innovation and excellence,” said Jim Lentz, CEO of Toyota North America. “Transforming our Canadian vehicle assembly plants is an equally important part of our strategic plan to position the North America region for sustainable long-term growth.”