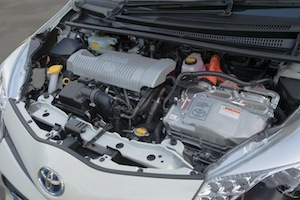 Japan – The OEM has announced that it reached the milestone for Japanese production in early December. The achievement occurred 78 years and five months after the first Model G1 truck was made at the Automotive Department, Toyoda Automatic Loom Works.

The Corolla accounted for the majority of the total vehicles produced in Japan, at 25.45 million units.

By the end of December, the company’s worldwide cumulative total came to around 210 million units.