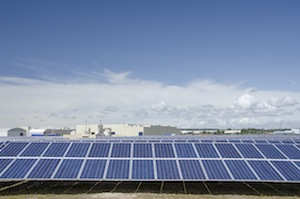 The Deeside factory, with its 570-strong workforce, currently makes petrol and hybrid engines for the Toyota Avensis and Auris vehicles sold throughout Europe. Its new solar panels from Tata Solar Power took three months to install and cover an area equivalent to eight football pitches.

Toyota previously installed solar panels at its Burnaston plant in Derbyshire, also in the UK, in 2011. The two initiatives are part of the OEM’s strategy to reduce the environmental impact of its operations worldwide.

Jim Crosbie, plant director at Toyota Deeside, said the installation “demonstrates that, while Toyota is famous for building lower carbon vehicles, we are just as focused on developing greener production methods and nurturing awareness of environmental issues among our members, and our local communities”.