The vice-president for Manufacturing discusses operations at Chennai, which was the pioneer plant for the OEM's three-wet, high-solids paint process 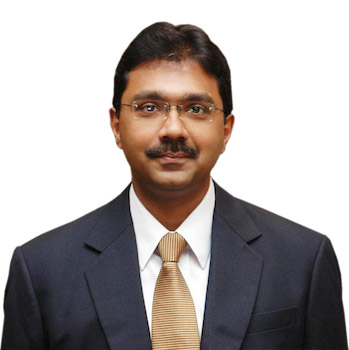 AMS: With the start of production of the EcoSport last year, it was reported that capacity here would be increased to 200,000 units per annum. Has this happened?
Tom Chackalackal (TC): The plant has been capacitised for a volume of 200,000. We are now running two shifts, six days a week. We don’t only produce the EcoSport; we also build the Figo, Classic, the new global Fiesta and the Endeavour. So we have our hands full balancing production of all these models, not just for Indian customers but also the global market.

AMS: Do you operate dedicated or mixed lines?
TC: We have mixed lines. Body and trim lines are flexible, and the paint line is common for all models.

AMS: Do you operate more than one paintshop, and what is the jobs-per-hour (JPH) rate for this section?
TC: We have one paintshop with a capacity for 34JPH. We have dealt with bottlenecks in the trim section but the paintshop is much harder to speed up and usually dictates the volumes produced.

AMS: Who supplied/built the paintshop?
TC: Dürr supplied the paintshop, which was installed in 1997-98. They came back in 2009-10 when we added the three-wet, high-solids process. They have been the paintshop partner for us [Ford] not just here in Chennai but also for the new plants built in the region. We were the first [Ford] plant to use a three-wet, high-solids process in mass production. It had been trialled in the US, but we brought it here and became the lead plant. Now it is used across Ford’s global network.

• Chackalackal was previously vice-president, Manufacturing (Vehicle Operations) at Ford India, leading the expansion of the vehicle plant from 100,000 to 200,000 units per year
• He oversaw the introduction of new models in India, including the Figo, new Fiesta sedan and EcoSport
• Chackalackal was instrumental in setting up the India Engine Plant
• In 2014 he was appointed director, manufacturing business strategy and capacity planning, Asia Pacific.

AMS: What level of automation do you have in the paintshop?
TC: It is about 60% automated, with painting internal sections and some sealing operations done manually.

AMS: Which part of the sealing operation has been automated?
TC: The underbody sealing is applied by robots.

AMS: Where is the highest level of automation in the plant? The bodyshop?
TC: It is mostly manual operations in our bodyshop. Framing, underbody, closures and re-spot are all manual. We only have about 30% automated operations in this section, which is probably quite low compared to other plants. We looked at the complexity of the operations, the need for flexibility and the ergonomic challenges, and balanced this against labour costs. This was the best solution for us in terms of flexibility and cost-effectiveness.

AMS: Does the high level of manual welding provide more flexibility for the models you build, compared with automated welding?
TC: Not necessarily. The latest robots are capable of performing many of the welding operations. Our decision was driven by the cost of automating and the volumes we currently produce. If the JPH increases, then the case for automation becomes stronger.

AMS: What is the capacity utilisation here?
TC: Currently the maximum is 34JPH but we are running slightly below that. The segments we operate in have changed in terms of demand for certain models; also, the demand for the EcoSport was much higher than we expected. This created certain supplier constraints across a number of locations but we are dealing with these and will balance everything out.

AMS: Could you increase the 34JPH rate if volumes rise?
TC: Our first step was fully utilising the two shifts operating, then we would look at a third shift and options beyond that. We currently have the two shifts working at capacity and that’s a healthy sign.

AMS: What effect has the new plant at Sanand had on production here at Chennai?
TC: Members of our team here have been involved with the initial phase of setting up of the production operations at the new plant. So it has been a good opportunity for people here. The [Ford] global manufacturing engineering team are there setting up operations across pressing/stamping, powertrain, paint, trim, etc. So when the plant comes online next year [2015] it will be a world-class manufacturing facility.

AMS: Did the introduction of the two global platforms, the Fiesta and EcoSport, require any changes to equipment or operations at Chennai?
TC: We had to make changes in the underbody and framing areas; we had to adapt the fixtures for both the vehicle lines. As we produce more models on one platform, it will make operations easier. To begin with, we were producing the Icon, the old B91 platform, the Fiesta and then the new Fiesta, so at that point we were working with three generations of platforms, which was complicated to manage. As we move to the global platforms, operations will be simplified, not only for us but also our suppliers.

AMS: Can you tell us about the powertrain production here?
TC: We are producing both petrol and diesel engines. Aluminium castings for the cylinder heads and blocks are done by a supplier company based here on our supplier park. We carry out 3C machining; cylinder head, block and crankshaft. We have a common line for petrol and diesel cranks; the heads and blocks are machined on parallel lines, one for diesel, the other for petrol. The assembly line is common for both.

AMS: What is the capacity here for powertrain production?
TC: We can produce up to 340,000 units per year. At present we are producing approximately 250,000 engines per year.