FCA has announced big investments in the US and Canada in recent years but its Mexican factories have also received steady funding. At Toluca, this may result in a new focus on SUVs on the CUSW architecture 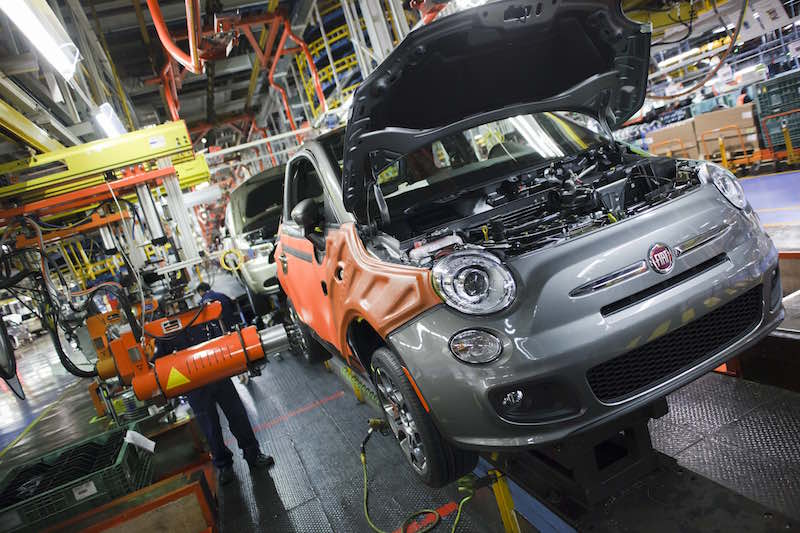 Announced investments for Fiat Chrysler Automobiles’ US and Canadian plants between June 2009 and July 2016 amounted to $9.1 billion. During the same period, there was much less emphasis on expenditure in Mexico – which is understandable, in light of the fact that the US and Canadian governments lent the former Chrysler billions of dollars in post-bankruptcy assistance, though the debts have long since been settled. With a presidential election only months away, FCA US remains cautious about making any major spending statements on its Mexican plants.

Nonetheless, in recent years, a quiet flow of funding has headed toward the company’s manufacturing operations in Coahuila and Toluca. FCA’s two largest sites in Mexico supply the group’s main markets in both North and South America with multiple cars, crossovers, SUVs, pick-ups, commercial vehicles and engines. Furthermore, there is a vital new product on the way: a compact Jeep SUV which has the potential to become a major success in the US.

Launched in 1995, the 19,774 sq.m Saltillo Truck Assembly Plant in Coahuila is a full manufacturing complex, including a 3,623 sq.m stamping facility which, since 1997, has been producing panels for the multiple models built there. Saltillo makes the Ram 1500, Ram Mega Cab, Ram 2500/3500 Heavy Duty and Ram 4500/5500 Heavy Duty pick-ups, along with the Mexico-only DX Chassis Cab. These big trucks are some of FCA’s most profitable models, but not all Ram pick-ups are made in Mexico; the Ram 1500 is also produced at the Warren Truck Assembly Plant, Michigan. Regular-cab configured vehicles are produced at Saltillo Truck, with quad- and crew-cab variants manufactured at the US plant. Including the heavy-duty trucks, FCA produced over 250,000 units of the Ram series pick-ups during the first half of 2016.

FCA Toluca will soon build vehicles on three different architectures, but by 2019 it may be focusing exclusively on CUSW SUVs

Big changes are in store for Saltillo Truck, and Warren Truck too, with FCA confirming in April that the Ram 1500 successor model, due out in 2018, will be made at Sterling Heights, Michigan. Replacement products for Saltillo and Warren have yet to be announced, though new versions of the 2500 and 3500 Heavy Duty models should enter production at Saltillo Truck from 2019.

Ram trucks are made at Saltillo, where FCA also has engine plants

FCA also makes the Ram ProMaster at Saltillo. Based on the Fiat Ducato, this large commercial van has been made in Mexico since 2013. While the VM Motori 3.0-litre diesel engine is imported from Cento in Italy, the other engine choice, a 3.6-litre petrol V6, is made at the adjacent Saltillo South Engine Plant, which opened in 2010 with capacity for 440,000 units per annum. Saltillo Van Assembly Plant, which covers more than 260,000 sq.m, has much room to grow, FCA having established this greenfield plant with an investment of nearly $1.1 billion only three years ago.

In addition to the Pentastar 3.6-litre V6 made at Saltillo South, multiple other powertrains come off the lines at the Saltillo Engine Plant, which was set up in 1981. The plant received an investment of $164m in October 2013 to start assembling 2.4-litre Tigershark engines in Q1 2014. FCA’s 5.7-, 6.2- and 6.4-litre Hemi V8s are also sourced from this plant; production of the Hellcat, 6.2-litre supercharged Hemi V-8 began in 3Q 2014. The V8s are not only delivered to the nearby Saltillo Truck Assembly but also shipped to several US vehicle plants and one in Canada.

Project 551, the so-called C-SUV Jeep, will replace the ageing Compass and Patriot models that are manufactured at Belvidere, Illinois. This plant can then be used far more profitably to make the next Jeep Cherokee – a larger and more expensive model. The new Jeep will offer FCA the opportunity to better compete with the segment-leading Toyota RAV4 and Honda CR-V.

To do so, the company believes that one product, not the current two Jeeps in this size category, is what is needed. “We are tuning up and running first pilots out of our plant in Mexico now to launch the successor to the Compass and the Patriot which will be in market in the US in the early part of 2017,” confirmed Sergio Marchionne, chairman and CEO of FCA US, at an investors’ briefing in April 2016.

The C-SUV will not only be built at Toluca but also in Brazil (Pernambuco), China (Guangzhou) and India (Ranjangaon). Series production at Toluca is reportedly due to commence at the end of January. This plant will supply all three North American markets as well as dozens of countries in Europe. The model name is not yet known. Mike Manley, head of Jeep, said in June 2016 that the new model would be revealed at an event in Brazil later this year. There might also be a variant for the Fiat brand to follow, but this would mainly be for the Brazilian market. The US public will get its first look at the new model during November’s LA Auto Show.

The C-SUV will use a version of the Compact US-Wide (CUSW) platform. This will mean that, for a time, Toluca will be building vehicles with three architectures: the Fiat New Small (Fiat 500), Mitsubishi PS (Dodge Journey/Fiat Freemont) and FCA’s own CUSW. With the next 500 expected to be manufactured solely in Poland and the Journey/Freemont replacements said to be heading to Italy (Cassino), Toluca may be exclusively building CUSW vehicles by 2019. 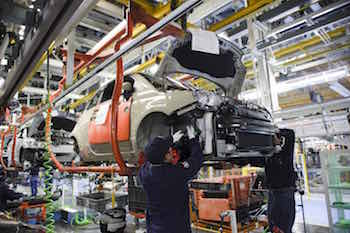 Toluca moves toward SUVsWith floor space of nearly 146,000 sq.m on almost 486,000 sq.m of land, Toluca Assembly Plant, which produces the Fiat 500 as well as the far larger Dodge Journey and Fiat Freemont, dwarfs Saltillo Truck. Toluca opened in 1968 and the Fiat 500 (Fiat F500 in the Mexican market) has been coming down the line since December 2010; it was joined by the Dodge and Fiat crossovers in March 2011. All three models have a few years of production remaining. In the case of the larger two vehicles, FCA risks seeing its sales fall away, as the Journey is already eight years old and likely has a further two to go.

The replacements for the Journey and Freemont are said to be in development as rear-wheel or all-wheel drive models, which means the Giorgio architecture. As FCA Cassino already produces the Alfa Romeo Giulia and should add an Alfa SUV next year, manufacturing another two related crossovers at this underutilised Italian plant makes economic sense. With most production of the Dodge due to be exported to North America, FCA will be hoping that the euro does not strengthen against the dollar. By contrast, the majority of Fiat Freemonts are sold in Europe and this should also be the case with the replacement model.

As for the Fiat 500, the mistake of having to engineer the car twice will not be repeated with Project 332, the successor to the existing 312 series hatchback which is due in 2018. The current model was originally designed mainly for Europe but the decision to offer it in North America meant that complex changes were needed. The re-engineering of the 500 centred on two main areas: meeting the specific requirements of US crash regulations and giving the car a larger engine (a two-cylinder unit powers most Cinquecentos sold in Europe). The 1.4-litre, four-cylinder engine is unique to the Mexican-made 500 and is sourced from Dundee, Michigan. A flex-fuel engine is fitted to Toluca-built cars for export to Brazil.

FCA will surely wind down 500 production at Toluca in 2018. The little car is hugely successful in Europe but only moderately so in the US; H1 sales halved to just 7,932 units. Even with the low labour rates that make Mexico so attractive for vehicle-makers, choosing between investing in production of a next-generation city car or instead another Jeep and/or Fiat SUV should be a simple decision.

FCA has already axed its existing, low-margin Dodge Dart and Chrysler 200 compact sedans and put light trucks in their place at the respective plants (Belvidere, Illinois and Sterling Heights, Michigan). In that context, a future for Toluca centred on building multiple SUVs is the most likely scenario. It would be a gamble for FCA, but if fuel prices stay low it could pay off.