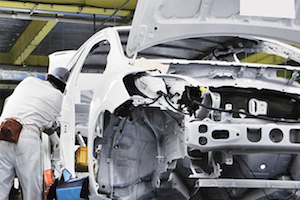 Japan – An explosion on January 8 at the Aichi Steel factory in Chita has disrupted supply to the extent that the vehicle-maker is suspending production on its Japanese assembly lines from February 8 to February 13. Operations are set to restart on February 15, and overseas plants are currently unaffected.

In a statement on February 1, Toyota said it would “continue to take any measures necessary to minimise the impact of this incident on vehicle production”, including the use of alternative lines at Aichi Steel and procurement from other steelmakers.

On February 3, Toyota confirmed that all of its directly owned and operated plants in Japan, including those making components, will be halted on February 8.

Toyota has four domestic vehicle plants (Motomachi, Takaoka, Tsutsumi and Tahara) and uses six body-makers with 12 factories, all of which will suspend production, as follows:

Hino and Daihatsu will halt only Toyota production.