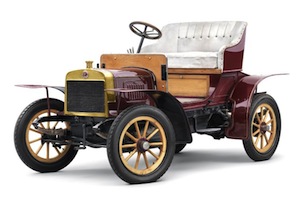 Czech Republic – The company has grown from its origins as a small-scale bicycle manufacturer in the 19th century to become a vehicle-maker which is active in more than 100 markets worldwide.

In 1895, Václav Laurin and Václav Klement started designing and manufacturing bicycles under the name Slavia. Four years later, they moved on to producing motorcycles, rebranding the company as Laurin & Klement. Motorcycle manufacturing was gradually replaced with passenger-car production from 1905, beginning with the Voiturette Type A. Subsequent expansion and a merger with the engineering company Pizen Skodova led to the emergence of the Skoda brand.

The two World Wars twice put a stop to the company’s car production amid political and economic turmoil, while the difficult trading conditions of the 1970s and 1980s forced the development of models on limited budgets. However, achievements during this period include the launch of the 1934 Popular, which introduced the mass production of tubular technology, and post-war models such as the 1101 and Octavia, which according to Skoda “helped the country back on the road to prosperity”.

Following the Velvet Revolution of 1989, Skoda looked for a suitable partner, and in 1991 announced its merger with the Volkswagen Group. The associated financial security enabled “a design and engineering renaissance that continues to this day”, says Skoda, which lists its landmark models as the 1996 Octavia, the 2000 Fabia, the Yeti and the Superb. The OEM now has a seven-model line-up and last year achieved global sales of 1,037,200 – the first time it has breached the 1m mark.