Scheider takes the helm at ZF 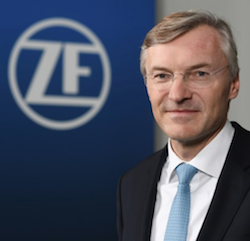 ZF Friedrichshafen has named Wolf-Henning Scheider as its new CEO. The move, effective 1 February, sees the former Mahle CEO also head up the ZF Group. He succeeds interim CEO Dr. Konstantin Sauer, who assumed the role of ZF's CEO in addition to his function as CFO following the departure of Stefan Sommer in December 2017.

After a long career at Robert Bosch, Scheider eventually joined the company’s board of management. He moved to the Mahle Group's executive management in April 2015 before assuming the role of chairman and CEO in July 2015.