Integral Powertrain is one of the technical partners involved with Triumph Motorcycles Project TE-1. AMS speaks to CTO Andrew Cross about the aims and challenges of developing a compact electric motor package for motorcycles 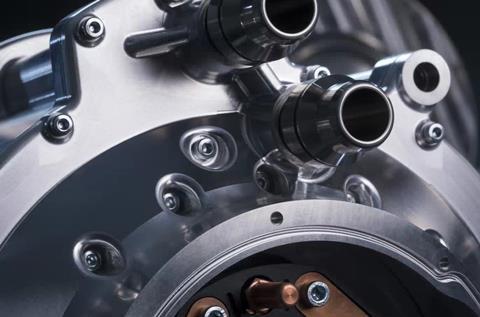 Has Integral Powertrain developed powertrains for electric motorcycles before this project with Triumph?

Andrew Cross: No, not really. Our experience has been mainly with four-wheel automotive [projects], and some other industry sectors as well, but motorcycles are not something we have been involved with in in terms of electric drives. So, it is new for us from that point of view.

Compared to e-drives for four-wheel powertrains, what are the challenges facing you for the two-wheeler type?

Well, it pushes power density and packaging requirements further than those in a four-wheel vehicle. A motorcycle is more constrained when it comes to packaging. As a company, we already lead in [developing] power density, so for us the application of that is a very good fit in terms of motorcycles. 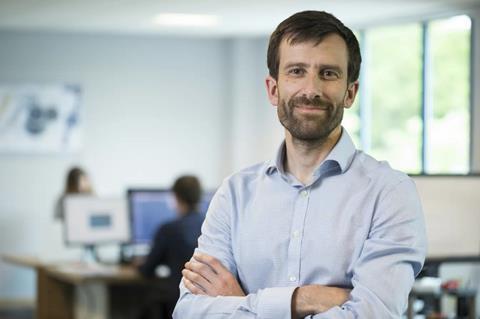 Can you just clarify what you mean by power density in relation to the electric motors?

Power density is the power in kilowatts that the machine will normally produce, divided by the mass [of the motor] in kilograms. So, kilowatts per kilogram, and I should say, this also includes the power electronics.

Motorcycles obviously have a lot less mass than a car, so is it easier to achieve the required power density from the motors of a size that will fit?

We exceed the power density of the internal combustion engine (ICE) the electric motor replaces by a large margin. For instance, we might have a 100kW motor, which weighs in the order of 10kg, delivering 10kW per kilogram. The ICE that it replaces might weight 60kg and make 100kW. So, that would be less than 2kW per kilogram.

In this respect, it is easier, but of course, there is another bit of the powertrain, the battery, which is extremely large, and the energy density is the most important factor in that. The energy density of a chemical battery is in order of magnitude less than that of gasoline. That means that, in the end, there is a very big squeeze on the motor package.

Had you produced an electric motor package of this size before for any other kind of application?

Yes, they are normally a little bit larger, but absolutely, it is in the size range we produce for other applications.

Would there be industrial types of applications in that respect?

No, automotive, in motorsport and premium automotive. So, things like hypercars or expensive vehicles.

Are you bringing any new technologies to this brief or is it mainly developments of existing powertrains?

It is based on our core competence, but the innovative elements are really in the integration within the motorcycle. Firstly, we will aim to integrate the power electronics and the motor into one unit. Normally in an electric vehicle these might be semi-integrated or totally separated. Take a Tesla Model S, as an example, there is one cylinder that contains the motor, then on the other side of the axle there is another cylinder, which has all the power electronics in. They are separate parts but bolted together. So, it is kind of semi-integrated. In other vehicles they can be totally separate units. What we will bring, that is innovative, to this project is to fully integrate these parts, the power electronics will fully share the same housing as the motor.

Do you build the motors yourselves and does this level of component integration create additional complexity in the manufacturing process?

Yes, we do assemble the motors ourselves, final assembly is all in-house and we manufacture many of the key parts. Part of the requirement for the funding is that we innovate, so we are looking to develop in this area. Yes, it is different, and it brings different challenges, but I would hesitate to say it is more complex. But for sure, in terms of layout, it’s perhaps not the simplest thing to conceive. 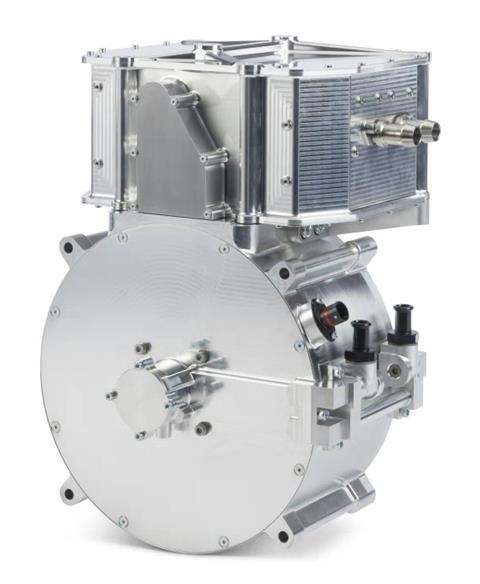 Normally semi-integrated (as seen here) or totally separated, Integral aims to integrate the power electronics and the motor into one unit for the TE-1 project

What are the challenges in bringing the control unit, the inverters, within the same housing as the motor? Are there heat issues, electromagnetic field issues? Things like that?

I think the challenges are really around the package, the size and a new layout. So, as to specific challenges, the DC link capacitor is a large component, which needs to be integrated, and that has to be close to the power electronics. So that is an area of challenge.

The timeline for this project, is about two years. Is the goal to have a production-ready motor by that point?

It isn’t the aim to be production-ready at the end of the two years. This is a demonstration phase. So, after that we will follow a full production program. However, I think there is a lot to decide on from Triumph’s side, and again, this is for them to say in terms of what markets and what volume to go into.

Is there a big challenge in turning something like this, which you are working on as a concept, into a production ready unit? Are you always considering manufacturing during development?

Absolutely, and that is one of the big drivers for us on this project.  It’s not only pushing further integration of the power electronics and motor, but it’s also to push forward and to extend what we call our core technology, into the design for manufacture and assembly, appropriate to these sorts of volumes.

Where we are seeing the greatest opportunities going forward in the automotive sector in general is in the 10,000 to 20,000 units per annum range.

Triumph makes 60,000 bikes a year or so, but car volumes vary. One of the companies that we are work with is Aston Martin, who produce vehicles at a much lower volume. We are supporting them with the Rapide-E as well as Valkyrie with RB 001. There are two of our motors on the Rapide-E car, a full battery electric vehicle, and one hybrid motor on the end of the crankshaft in the RB 001 or Valkyrie.

Many tier 1 and 2 suppliers to automotive customers mention the issue of cost. Are you working to any kind of cost target for the individual motors, for production, or is that not really a factor at present?

Not yet. We expect to be discussing that in the coming two years for sure. However, cost is a very big driver in all the markets. Currently the biggest cost is in the battery, which makes the overall platform expensive, but this is changing, and battery costs are coming down a lot. So, $100 per kilowatt-hour is the sort of number talked about with regard to battery specific cost, and at that level, it becomes more economic to produce a battery electric vehicle than it does to produce a gasoline and multi-speed transmission powered vehicle.

In terms of this actual project, there’s Williams Engineering and also Warwick University involved in this as well as Triumph. How closely are you working with each other? Are Triumph looking at competencies from the partners individually and then bringing them together or are they looking for you to come together with your technologies and give them something as a finished unit?