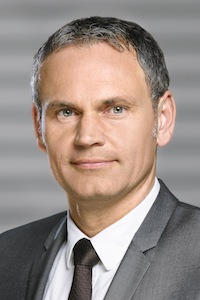 Germany – Although the OEM’s member of the executive board – Production and Logistics only joined the company in January 2013, he will start a new, five-year deal in January 2016.

At Porsche, two new products have been launched during Blume’s tenure, the Macan and the 918 Spyder, plus several 911 derivatives and the new Cayenne. For the Macan, Porsche’s Leipzig site in Germany was extended to become a full plant with body assembly and paintshop. At Zuffenhausen, also in Germany, a small-scale production area was established for the 918 Spyder. Ongoing developments are the addition of a Panamera bodyshop at Leipzig and an engine plant at Zuffenhausen.

Wolfgang Porsche, chairman of the supervisory board, commented: “Oliver Blume and his team gave the Porsche production a new strategic and structural orientation and therefore created the prerequisites for building exciting new sports cars in top quality in future.”