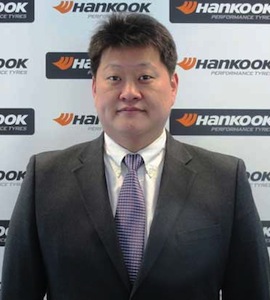 UK – As managing director of Hankook Tyre UK, based in Daventry, Jong Jin Park will be in charge of the company’s second-largest entity in Europe. He replaces Gaugseung Lee, who has now assumed the position of vice-president of marketing and sales at the European headquarters.

Park has over 10 years’ experience in the tyre industry and began his career with Hankook in 2004 at the global headquarters in Korea. He worked within the overseas sales strategy team and soon moved into a management role. Two years after being promoted to a global marketing function in 2006, he relocated to the company’s American headquarters to continue his work developing integrated marketing strategies.