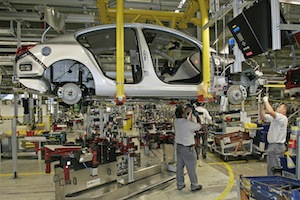 Germany – The investment, equivalent to $337m, will be used to build another model in addition to the four Insignia variants and the Zafira Tourer which will be produced at the plant from January 2015. Details of the vehicle will be announced toward the end of this year.

Ruesselheim has also been selected for the assembly of an extra variant of the Insignia, which will be made from the second half of this decade and sold in the US under the Buick brand. Karl-Thomas Neumann, CEO of Opel, said the will move will “further improve our capacity utilisation”.

Neumann added that, after “a long overdue decision”, Opel will stop selling its own brand to the Chinese market from January 2015. But for Buick, the company will “intensify our future collaboration, with several projects currently under examination”.