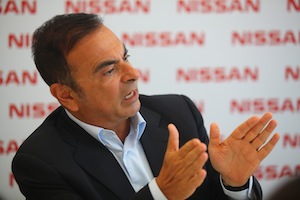 Brazil – The new 140m reais (£36m) facility will be part of the Resende Industrial Complex (RJ), where the OEM is constructing a vehicle plant. The engine unit will use an existing building next to the vehicle plant and will have the capacity to produce up to 200,000 engines per year.

Operations will begin in 2014, focusing on the 1.6-litre, 16V I-4 flexfuel engine, which will power the cars produced by Nissan in Brazil. According to the OEM, production will follow “strong sustainability concepts” and involve next-generation electrical equipment on the assembly line.

Carlos Ghosn, president and CEO of Nissan, described the engine plant as “further proof of our confidence in the potential of the Brazilian market” and said that it “increases our competitiveness to reach our goal of gaining 5% market share, to be the first Japanese [company] in terms of share in Brazil, and to also be a leading brand in terms of quality in the country by 2016”.

Nissan is investing 2.6 billion reais (£677m) in the industrial unit, which will launch two Brazilian cars in 2014: the Nissan March and Nissan Versa.