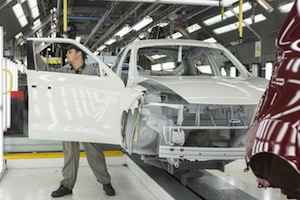 UK – The OEM has allocated production of the next-generation Juke to its factory in the north of England, securing beyond 2020 both assembly lines and the jobs of 34,000 individuals employed in the area by Nissan and its suppliers. The announcement comes two years after the launch of the second-generation Qashqai in 2013.

The current Juke is Nissan’s second-bestselling car in Europe and was launched in 2010 from Line Two at Sunderland. Its success has led to the plant achieving its 500,000-unit capacity for the past three years, with 80% of the output exported to a total of 130 markets. Sunderland also makes the Note and the all-electric Leaf, while the Infiniti Q30 is to due to start production later this year.

The next-generation Juke will be the first model based on the CMF-B architecture of the Renault-Nissan Alliance, the Common Module Family system designed to achieve synergies in key areas including purchasing, vehicle engineering and powertrain.