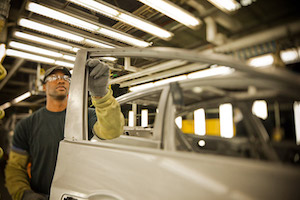 US - The company's plant in Canton, Mississippi, has recently celebrated the production of its four millionth vehicle since it opened in 2003. To mark the occasion, Nissan announced that it would add a second shift, creating or retaining 250 hourly jobs.

The plant currently houses the production of the Nissan Altima, Murano, Titan, Titan XD, Frontier, NV Cargo Van and NV Passenger Van. It has an annual capacity of 450,000 units, and employs 6,400. Nissan says it has invested US$3.4 billion in Canton since 2003.

Its larger plant in Smyrna, Tennessee, has had US$6.4 billion spent on it since opening in 1983. The facility has an annual production output of 640,000 units, and recently started making the new Leaf electric vehicle.