New Bobber a triumph for Avon 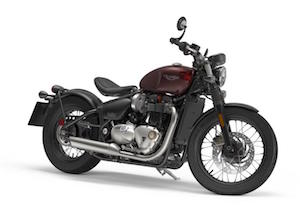 UK – The tyre manufacturer has increased volumes of its Cobra product at its Melksham, Wiltshire, factory to match demand for the recently launched Triumph Bonneville Bobber. Each motorcycle of this type leaves the assembly line with bespoke Cobra tyres for the front and rear wheels.

Doug Ross, head of Global Motorcycle Tyre Sales at Avon Tyres, described the Bobber as “a fantastic success for both Triumph and Avon” as well as “a real win for British manufacturing”.

The two-cylinder motorcycle was launched at the end of last year, after Avon’s in-house development team worked with Triumph to create a special carcass construction which would suit the chassis and styling.