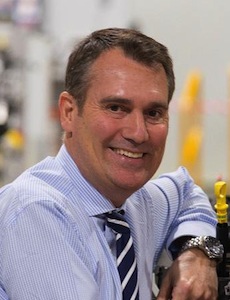 UK – Replacing Martin Everitt, who becomes director of Powertrain Manufacturing Engineering for Europe, the Middle East and Africa, Paul Neighbour is now confirmed as plant manager of Ford Dagenham Engine Plant. He has already served the vehicle-maker for 38 years.

Neighbour’s previous roles include vice-president of Manufacturing for Getrag Ford Transmissions and other functions within Powertrain Operations, such as Manufacturing Engineering, Production Operations and Quality Leadership. He has been pushing forward Dagenham-based projects such as the implementation of the V6 engine line, plus the launch of the small-capacity and commercial-vehicle, four-cylinder diesel engines.

Martin Everitt was appointed plant manager in May 2014 and oversaw the start of production for the next-generation, 2.0-litre diesel engine, which was designed and engineered at Dagenham as well as at Ford’s Technical Centre in Dunton, Essex.