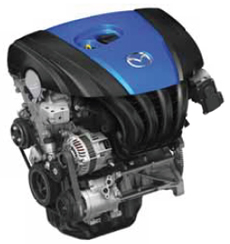 Japan – In response to increasing demand, Mazda has announced it will raise production capacity for both SKYACTIV-G and SKYACTIVD engines at its Hiroshima Plant.

Currently producing 800,000 units annually, production is set to be increased to 1m units per year by the end of 2014.

The company will install a new engine machining line in the existing engine plant.

In addition, an assembly line which has been used to produce fourcylinder engines, will be revamped to allowmixed production with SKYACTIV engines.