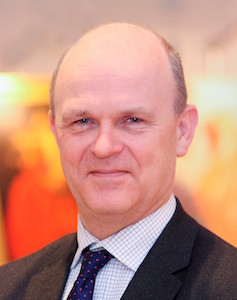 Russia – Nicolas Maure will take up the role of CEO which will be vacated by Bo Andersson on April 4. Maure is currently managing director of Renault Group in Romania, as well as president and CEO of Automobile Dacia.

“AvtoVAZ has modernised its line-up and manufacturing processes, and significantly improved product quality,” said Carlos Ghosn, chairman of AvtoVAZ as well as chairman and CEO of the Renault-Nissan Alliance. “With Nicolas Maure, we plan to continue on this strategy despite the short-term challenges, and we remain bullish about the long-term future of the Russian market and AvtoVAZ as the leading domestic automaker.”

Sergei Chemezov, CEO of Rostec State Corporation, which is part of the joint venture which controls AvtoVAZ, added: The objective today is to create a highly competitive product, increase Lada’s market share in Russia, and to work deeply with Russian suppliers… We expect the new CEO to continue improvements and capably meet new challenges.”

Outgoing CEO Andersson joined AvtoVAZ for a three-year term in 2013 and pursued a strategic turnaround by focusing on process modernisation, product launches and technology transfers.

Alliance Rostec Auto is the joint venture that controls AvtoVAZ; the Renault-Nissan Alliance has a majority share. Renault, Nissan and AvtoVAZ’s Lada brand together make vehicles at Togliatti and other plants in Russia.