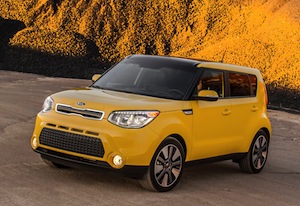 Mexico – The vehicle-maker has signed a $1 billion agreement with the government to establish a state-of-the-art plant with a capacity of 300,000 units in Monterrey, Nuevo León State. Construction will begin in September this year and is due to be completed in the first half of 2016.

The new factory will boost Kia’s global manufacturing capacity to 3.37m vehicles per year, comprising 1.69m at Korean locations and 1.68m overseas. At the new Mexican plant, the OEM will make a range of yet-to-be-confirmed compact models. The 53.8m sq.ft site will also accommodate multiple suppliers.

The OEM said Mexico was chosen as the site for its next overseas plant because the country is “one of the few remaining major markets in the world in which Kia does not have a sales presence”. Mexico is well known for its numerous free trade agreements but imposes high tariffs on cars imported from Korea. Kia hopes that its new plant will “enable the company to better address the ongoing supply shortage that has arisen due to dramatic growth of the Kia brand in the US market”, as well as strengthening its sales presence in Central and South America.

“All of us at Kia Motors are proud to signal in a new era for the brand with the announcement of our first manufacturing plant in Mexico,” commented Hyoung-Keun Lee, vice-chairman of Kia Motors. “We are committed to producing world-class vehicles here in Mexico that feature industry-leading styling and high-tech convenience and safety features that customers have come to expect from Kia, while making significant contributions to both the economic growth of the State of Nuevo León and the future development of the Mexican automotive industry.”