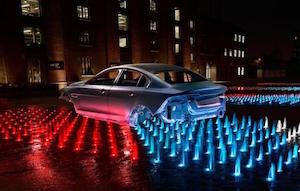 UK – The ‘REALCAR’ closed-loop recycling reclaimed an equivalent weight to 200,000 XE body shells over the past 12 months, cutting 500,000 tonnes of CO2. The aluminium-intensive model recently marked its first full year of sales.

The REALCAR project, led by Jaguar Land Rover (JLR) and part-funded by Innovate UK, saw the development of a recycled aluminium-based alloy which can accept a high percentage of recovered scrap. In 2014, the XE became the first car worldwide to use this alloy, developed by project partner Novelis. The structural grade of recycled aluminium has since been tested and used in the aluminium bodies of the XF and F-PACE models.

REALCAR involved 11 press shops in the UK implementing a closed-loop system to segregate scrap aluminium so that it can be re-melted into sheet metal for the production of JLR vehicles. At the OEM’s own press shops at Halewood, Castle Bromich and Solihull, more than £7m ($10.3m) has been invested to install sophisticated segregation systems, thereby reducing waste and retaining more value and quality in the material. JLR notes that aluminium recycling uses around 95% less energy than primary production.

“We are driven by the desire to produce increasingly world-class, lightweight vehicles, but we also want to be world-leading in how we build them,” commented Nick Rogers, group engineering director, JLR. “Innovative projects such as REALCAR demonstrate our commitment to meeting our sustainability challenges head-on. Its success so far marks a significant step towards our goal of having up to 75% recycled aluminium content in our vehicle body structures by 2020.”www.jaguarlandrover.com