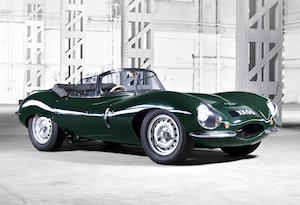 UK – The OEM’s Classic division will use the knowledge gained during the Lightweight E-type project to make nine of the cars at its new Experimental Shop in Warwick. The vehicles will match the 1957 specification and replace those lost in the historic fire at the Browns Lane factory.

The original cars were made for export to the US, but just 16 were completed before the disaster occurred. The model was based on Jaguar’s D-type racing car, which won Le Mans three years in a row from 1955. In January 1957, the decision was taken to convert the remaining 25 D-types into road-going cars by making external modifications. These included the installation of a higher windscreen and an extra door on the passenger side, plus the removal of the divider between the driver and passenger, and of the fin behind the driver’s seat.

Each new XKSS will cost over £1m ($1.4m). Deliveries to select customers are scheduled for early 2017.