Will this region be the next big growth area for automotive production, or will political unrest get in the way? 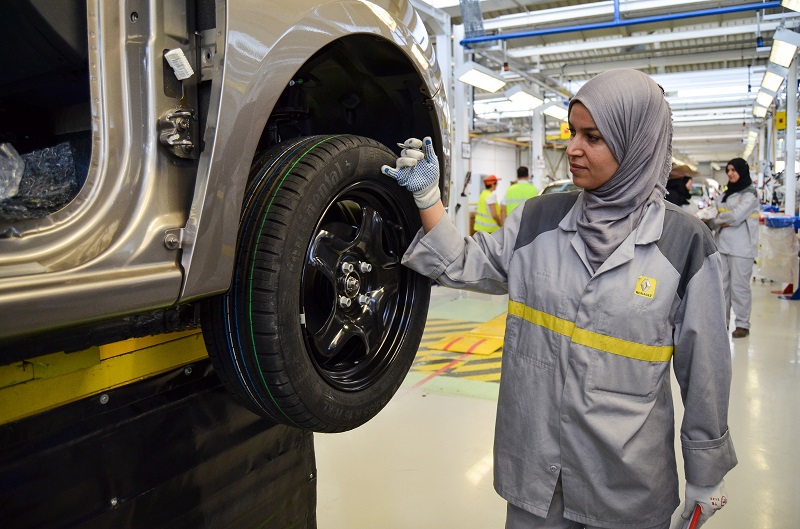 When Renault-Nissan announced its new factory in Morocco and production of the Dacia Dokker and Lodgy began in earnest, there were suggestions that this would herald the emergence of a full-scale North African automotive industry. The region was already home to most of the factories supplying European assembly plants with their wiring harnesses, the majority in Egypt and Tunisia. The Arab Spring stalled the wider development of the automotive industry in Egypt, where the low-volume, completely knocked-down plants have yet to return to previous production levels, let alone grow. Wiring harness supply has continued, albeit with a certain amount of disruption and some European plants now having to hold larger buffer stocks than would be ideal.

Before the recent terrorist attacks in Tunisia and Paris, there were signs that investment in North Africa would continue and indeed grow. Having invested heavily in Morocco, Renault will no doubt want to keep its operations going, political attitudes towards international investment and the transfer of jobs out of France notwithstanding. Meanwhile, PSA has announced plans to follow Renault to Morocco with a factory of its own, and Renault has opened its Algerian factory; PSA is expected to follow here too. This review looks in detail at these recent developments and asks what impact the recent geopolitical developments and terrorist attacks might mean for the nascent North African automotive sector.

Renault has plants in Algeria and Morocco

Renault Algeria – a market leaderIn late 2014, Renault opened a small plant in Oran on the Algerian coast. This is 51%-owned by the Algerian state (through two national investment funds holding 34% and 17% each), with Renault retaining a 49% stake. The Renault brand is the market leader in the country, with roughly a 27% share; Peugeot sits in second place and Dacia is third. With this established market presence, local production by the French brands is a logical move as a modern car market slowly emerges.

With car ownership in the country at 130 per 1,000 of population, around one quarter of the ratio in Europe, there is significant potential for car sales to grow. Indeed, some Renault dealers in the country have expressed concern that the initial 25,000 units per year, and even the 2019 target of 75,000 units, will be insufficient to meet demand, especially if brands such as Hyundai also invest in the country and boost demand. The need to produce in Algeria in order to retain these market positions has been reinforced by government policy designed to cut imports.

The first model to be made in Algeria is the Symbol, which is based on the Dacia Logan. Initial production has been from semi-knocked-down kits from Romania, although some plastic parts and seats come from local suppliers. Painting and some body-component production will be added to the plant in the near future. Longer term, Renault is reported to be planning a spare parts factory in Constantine, 390km east of Algiers, although the final site has not yet been chosen.

Renault Morocco – a major exporter to Europe The OEM opened its factory in Tangiers in 2012 within the zone which allows vehicles made there to be imported tax-free into the EU (full details of this factory were described in a previous AMS feature). Having seen Renault-Dacia’s Moroccan production grow strongly and European customers accept the quality of the vehicles coming across the Mediterranean, PSA has decided to follow suit.

PSA Morocco – a significant expansion In June 2015, PSA signed a deal with the Moroccan government to invest €557m ($603.7m) in a new plant at Kenitra, not far from the Renault-Dacia factory. Whereas the Renault plant has a long-term target capacity of 400,000 units per year, PSA is starting with the smaller ambition of just 90-100,000 cars and engines per year in 2019, although it intends to raise this to 200,000 vehicles annually by 2023 if regional demand can support it. Moroccan reports have also suggested that the plant would make 200,000 powered two-wheelers in the long term. The plant is due to employ 4,500 people, with as many as 20,000 jobs to be created in the supply chain and supporting industries.

In addition to vehicle production, PSA will establish an African R&D facility, employing around 1,500 engineers and technical staff. Like the Renault plant, PSA will use this factory as an export supply point for certain European markets with demand for low-cost cars; initial projections suggest an export value of €1 billion per year.

PSA wants to sell 1m vehicles a year in North Africa and the Middle East by 2025, and the Moroccan factory will be an important factor in achieving this aim. In addition to Moroccan manufacture, some of this 1m sales target will come from a revival in production which PSA hopes it can generate in Iran over the next decade. Just as the Renault plant has put a stop to production increases and expansion at the Dacia plant in Romania, it is likely that PSA’s factory in Morocco will have a direct impact on its European factories. In PSA’s case, the factory at Vigo in northern Spain is expected to lose production of the Peugeot 301 and Citroën C-Elysee, or rather the replacements for these ‘low-cost’ sedans, to the Moroccan plant, which is also likely to make the Peugeot 208 for the region.

When the Moroccan factory was announced, the French trade union, CGT, expressed its dissatisfaction, saying that it would not accept PSA’s international expansion taking place at the expense of its European workforce. That said, Citroën especially is expected to launch a number of SUV and crossover vehicles in the near future, some of which will use capacity at Vigo that will be freed up by the move of the 301 and C-Elysee output to Morocco. The impact of the Moroccan plant on France may be felt with the transfer of some 208 manufacture to North Africa, although such production, for the North African and Middle East markets, is likely to be in addition to that in Europe rather than replacing it. The vehicles made in Morocco will be on the new CMP platform which PSA has developed with its part-owner, Dongfeng of China. 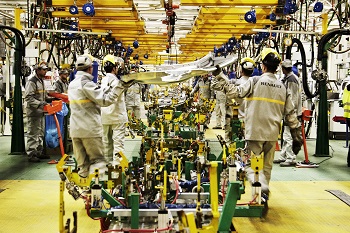 A increase in local contentPSA plans, like Renault, to source as many components as possible in Morocco, saying that the plant will start with 60% local content and raise this to 80% by the early or mid-2020s, when the factory is expected to be producing engines as well, and injecting at least €1 billion a year into the local economy. Once up and running, the plant will mark a return for PSA to the country; until 2010, it had been a partner, with Renault, in the SOMACA factory at Casablanca which since 2010 has been operated solely by Renault.

Having sat back for a number of years and watched Renault expand its low-cost production network in Morocco, Turkey and Romania, PSA has belatedly decided to follow suit and is banking on recent geopolitical turmoil not destroying the economic potential which it has recognised in the region. The company claims that Peugeot is the leading brand in Tunisia as well as second-placed in both Algeria and Morocco – which raises the question as to why local investment has only recently been announced.

PSA Algeria – another regional plant? In June 2015, barely a day after PSA had confirmed its factory in Morocco, reports emerged from Algeria that PSA was considering another plant in North Africa. The Algerian Minster of Industry and Mines told the Algerian press that negotiations were underway to build a plant in the west of the country to make the Peugeot 208 and 301, and the Citroën C-Elysee – the same models which PSA is expected to make in Morocco. Describing the government as in “advanced negotiations” with the company, this news confirmed what initially appeared to be a slip of the tongue earlier in June by French President Francois Hollande, who on a visit to the country had spoken about the “major investments” in the country by major French companies, Alstom, Renault, Sanofi “and soon Peugeot”.

Further south, in Nigeria – a potentially huge market, but one also hit by political turmoil and unrest – PSA has signed an agreement with a local company, PAN Nigeria, to assemble the Peugeot 301 sedan, with the possibility that the 308 hatchback and 508 sedan could also be assembled there in future. 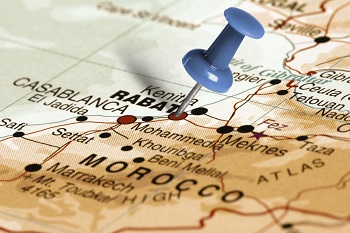 Geopolitics and terrorism – stalling automotive expansion? There is no doubt that North Africa needs major investment in a range of industries to boost the region’s chances of economic growth. With its historical connections there, investment by France is logical in many ways – but problematic in others, in view of its colonial past. The growth of Islamic terrorism in the region, antipathy towards France and uncertainty caused by the collapse of Libya as a viable country together place a huge question mark over the region’s economic and political stability.

Renault had invested in Morocco and announced its plans for Algeria some years before the recent turmoil and it has the most to lose, having the most established operations in these countries; PSA is now embarking on a belated expansion in both markets and will hope that the region is about to fulfil its potential. Otherwise, it may well be making a very expensive mistake.