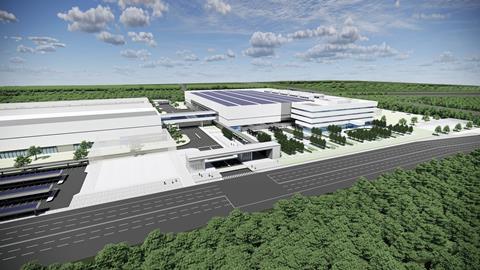 Hyundai says it aims to complete the project, to be built in the Guangzhou development district of Guangdong Province, China, in the second half of 2022. Facilities on the 207,000 sq. m site will include a fuel cell system plant and an innovation centre.

Hyundai has been expanding its fuel cell powered vehicle range since introducing its first mass-produced fuel cell electric vehicle, the ix35, in 2013. New editions to the range include the NEXO SUV, XCIENT Fuel Cell heavy-duty truck and a fuel cell electric bus.