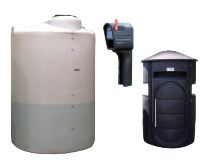 Mold Release Coating 7391 is a specially formulated rotational moulding application from Huron Technologies. Water based and semi-permanent, the coating provides a consistently cleaner mould due to less build-up on the mould surface. The part surface is also smoother and defect-free.