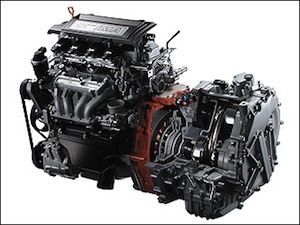 Canada – At an awards ceremony for suppliers, the OEM announced the milestone figure for parts and materials, which was reached after 35 years of manufacturing in the region. Over 650 suppliers in North America support Honda’s 14 major manufacturing sites.

The vehicle-maker achieved record production levels in 2013, when it made 1.78m units in North America and required an unprecedented $25.5 billion worth of supplies. Honda has invested $2.7 billion in recent years in order to expand its capacity and implement new technologies.

In addition to the increased production, Honda says it is calling on suppliers to support its “new responsibilities in the region to increase exports and lead the launch of global products, such as the Civic”.

Tom Lake, vice-president of North American Purchasing and Cost Strategy, explained: “With significant growth in our production over the next three years, driven by heavy new model activity in North America, we will continue to collaborate with suppliers to deliver leading-edge technologies and the highest quality products.”