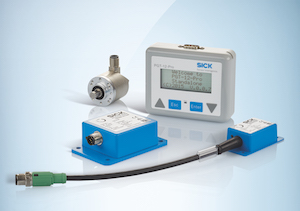 The tool features a large LED display and intuitive menu structure that’s claimed to enable easy set up and adjustment of parameters, such as node-ID and baud-rate, without having to complete complex set up. Sensor upgrades and new functions for the tool can be installed easily via a firmware update and configurations can be saved to the device’s SD card.