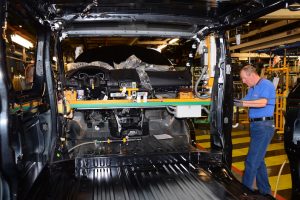 UK - The OEM is readying for the launch of the new Opel/Vauxhall Vivaro, which is set to go on sale in 2019. In doing so, it has announced plans to invest in its Luton plant to expand production capacity from around 60,000 to 100,000 units. The company will also create additional capacity at its Hordain facility in France.

As well as boosting production volumes, the investment in Luton will also ready the plant for the introduction of the OEM's Efficient Modular Platform 2 (EMP2) platform. This is already used as the base for several models including the new Citroen C5 Aircross, Opel Grandland X and DS 7 Crossback.

According to Carlos Tavares, chairman of the managing board at Groupe PSA, the news reflects recent positive demand for the company's light commercial vehicles (LCVs). "Performance is the trigger for sustainability and I would like to thank all stakeholders involved and underline the open mindset of our union partners, as well as that of the UK Government," he stated. "This is a major milestone for the future of the Luton plant and a key enabler to serve our ambitions in the commercial vehicle market, guaranteeing customers the best offering in this segment."

The investment in Luton is part of a "performance plan" that was negotiated between PSA and the Unite Trade Union. The OEM has also said that the plan has received the "support of the United Kingdom Government and Luton Borough Council, despite Brexit uncertainties."

Groupe PSA recently announced that it was expanding several other facilities across Europe.