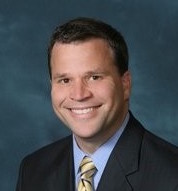 US – As chief operating officer (COO) for cockpit and overhead systems, Terrence Gohl will be responsible for overseeing all aspects of this division, with the aim of driving operational efficiencies and world-class quality. He will report to Brian Pour, global COO of IAC Group.

Gohl has more than 30 years of experience in the automotive industry, including global and regional manufacturing and operations roles at tier-one suppliers such as Visteon and Tower Automotive. From 1995 to 2003 he was vice-president for interior systems at Lear and from 2009 he was president and CEO of Key Plastics.

IAC also announced the promotion of Maurice Sessel from president, North America, a role he took in March 2016, to COO of the soft trim and acoustics business. He will continue to be based at Southfield, Michigan, and report to Pour.