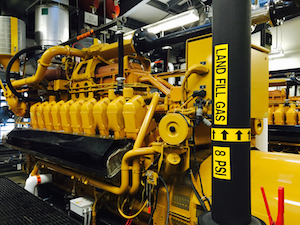 US – The company was recognised by the Environmental Protection Agency (EPA) for its leadership in improving energy efficiency. Last year, GM reduced its energy consumption per vehicle by 5.6% at its US factories.

“GM reinvested $7.4 billion to develop safer and more fuel-efficient vehicles with reduced emissions last year,” said Jim DeLuca, the OEM’s executive vice-president of Global Manufacturing. “We’re continually in pursuit of innovative technologies to reduce the environmental impact of driving, as well as practices that lessen the carbon footprint of manufacturing those vehicles.”

Since 2010, the vehicle-maker has involved 73 of its facilities in an energy-cutting challenge, saving around 1.8m tons of carbon emissions and $237m in energy costs. Eleven of these locations have received Energy Star certification signifying that their energy efficiency is higher than that of similar buildings.

GM joined the Energy Star campaign more than two decades ago and is currently active in several EPA programmes. The company was recently made a Green Power Partner in recognition of its efforts to advance clean energy, including the use of landfill methane to meet nearly a third of energy needs at GM Fort Wayne, Indiana. For the fourth year in a row, the OEM has also been named as Partner of the Year – Sustained Excellence.