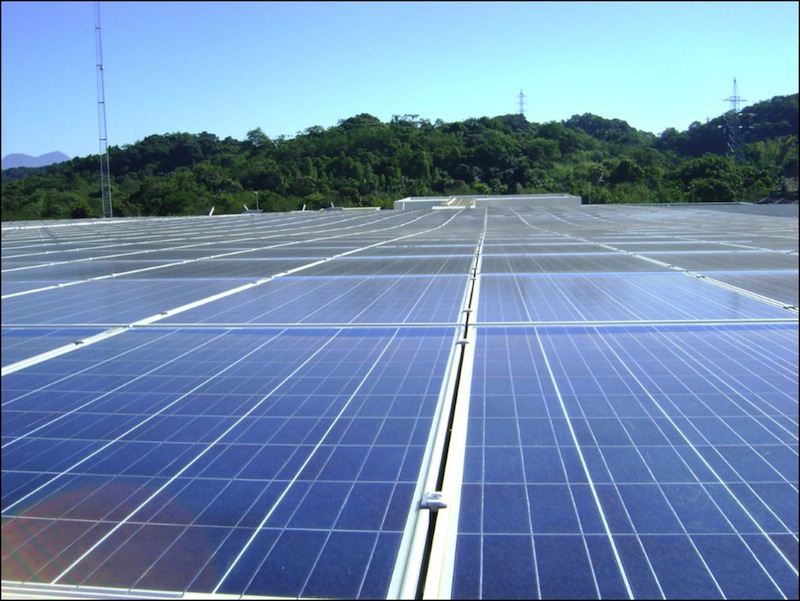 When General Motors (GM) began the construction of its Joinville engine manufacturing facility in Santa Catarina State, southern Brazil, in September 2010 it already had sustainability in mind – specifically the Leadership in Energy and Environmental Design (LEED) certification from the US Green Building Council.

Earlier this year, GM achieved its ambition when the site became the first automotive manufacturing plant in South America to receive the LEED Gold certification in a new category covering construction, becoming the second GM plant in the world to achieve LEED certification. The first plant to gain this honour was the Lansing Delta Township facility in Michigan in 2006, and the second site was GM’s China Headquarters in Shanghai.

The LEED certification system evaluates all of a site’s practices and initiatives, and classifies each one according to its importance, as attested by specialists at the US Green Building Council. The mission of this organisation is to transform the way buildings and communities are designed, built and operated in order to create an environmentally and socially responsible, healthy, and prosperous environment that improves the quality of life.

GM Joinville’s Gold certification is second only to Platinum; the plant was recognised for a total of 60 criteria from the 110 points that were put forward for certification.

Being systematic about sustainability
The LEED certification is divided into seven categories. These are: the sustainability of the site (17 of GM’s 26 criteria were recognised here); water efficiency (all ten points were acknowledged); energy (eight out of 35 points); materials and resources (six out of 14); indoor environmental quality (nine out of 16); innovation (all six); and regional priorities (all four). Felipe Romero, GM South America’s senior engineer with responsibility for sustainability in the region, believes that GM Joinville has achieved an excellent performance in the innovation and regional priorities, especially with regard to water and energy efficiency. 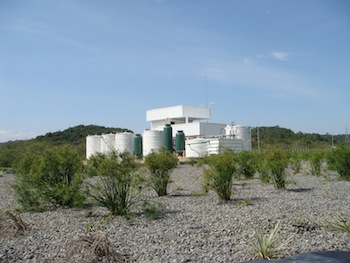 In order to obtain the certification, GM Brazil put together a multidisciplinary team of engineers working in both corporate and field areas from the following departments: Environment and Sustainability, Facilities (Capital Projects and Utilities) and Manufacturing Engineering (Powertrain). “The engineers were responsible for understanding how the LEED certification works, developing innovation and applying all the LEED requirements for the projects and construction,” says Romero.

In accordance with LEED guidelines, GM then undertook a six-stage process: understanding and alignment; planning; project development; design for the environment; construction; and commissioning. “The most important task was to understand how the certification works and its requirements,” says Romero. “To do this, we had to deeply evaluate our internal procedures and make sure we were aligned with LEED requirements. This put our team on the right track to properly design guidebooks and projects, which included the environmental legal requirements, innovation and LEED requirements.”

The company had to overcome a number of challenges specifically related to automotive production. Romero explains: “In terms of automotive manufacturing, the challenge was to overcome the energy requirements for this certification. This meant reducing by at least 10% the total energy usage in the plant, which is very complex for industry in general.” Joinville decreased its energy needs by 13.8% compared with North American standards, which Romero describes as “an excellent result”.

Romero continues: “To achieve this, our manufacturing engineering team used simulators to understand how the energy consumption in the process and facilities areas works in a ‘real’ plant operation. It was important to properly address actions related to new technology development and process improvements for energy and water reduction.”

In the field, environmental awareness engagement and the implementation of LEED requirements by contractors were very important for the successful certification. “We held workshops and environmental talks to ensure compliance during the construction,” says Romero. “Every 15 calendars days we had environmental audits. As a result, GM Joinville created a culture and introduced new practices in Brazil’s construction industry under the guidance of LEED practices, helping to spread knowledge and improve Brazilian standards for the construction of new buildings and sites.”

Getting ahead with reverse osmosis
One of the most important projects Joinville implemented to achieve LEED Gold certification was a reverse osmosis system. This process directs water through different filters to remove salts and other particles and decrease conductivity. Romero explains the operational benefits: “The recycled treated water is used to landscape and clean up external areas, as well as for toilet flushing and industrial uses such as cooling towers.” The osmosis process enables GM Joinville to save 22.9m litres of water per year.

"The LEED certification is a remarkable achievement for the automotive sector in the region and it highlights the GM Joinville site as a global reference in sustainable construction and sustainability in general” – Felipe Romero, GM

While this technology has been used in the treatment of water in manufacturing paintshops for some time, due to the high level of water quality required for such activities, this is the first application worldwide of reverse osmosis to treat water in an automotive production plant. “In the region, we also use similar technologies for paintshop water recycling at the GM plant in the Brazilian city of Gravataí [Rio Grande do Sul State] and at our site in the city of Rosario in Argentina,” comments Romero.

Joinville also used tactics such as natural lighting, plus filtering gardens instead of chemicals to treat sewage, to help it to achieve LEED certification.

Furthermore, the plant is in the final stages of achieving landfill-free (LFF) status, which will be recognised by GM’s own certification system. This status means that no waste from daily operations is being sent to landfill, which Romero says is already the case at Joinville; the plant only needs to complete the certification process in order to join more than 100 other LFF-certified manufacturing plants worldwide. 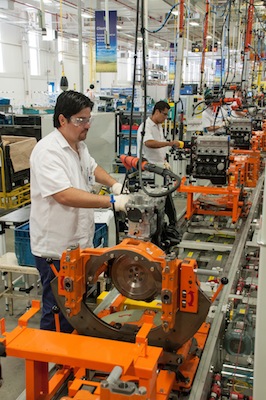 Another major sustainability initiative at Joinville is the pioneering 350-kilowatt solar array which provides power for plant-floor and office lighting. This installation has avoided 10.5 tons of CO2 emissions since implementation, which is equivalent to the annual energy consumption of 220 homes in Brazil. The solar power is used to heat 15,000 litres of water per day and has reduced natural gas costs. While other OEMs in South America have taken steps towards making use of the abundant solar energy, GM claims Joinville’s system was a first for the Brazilian automotive industry.

As for the financial impact, GM Joinville has yet to measure the exact return on investment that these sustainability initiatives have brought – and will continue to bring. However, Romero says that GM Brazil invested 3% of the total construction costs of its Joinville plant in sustainability, an investment which covers the environmental, human and financial aspects.

“The LEED certification is a remarkable achievement for the automotive sector in the region and it highlights the GM Joinville site as a global reference in sustainable construction and sustainability in general,” Romero concludes.

But the push for progress continues. GM’s environmental team at Joinville is currently striving to implement the ISO 14001 system, which maps out a framework that an organisation can follow to set up an effective environmental management system. It is expected that the plant will receive this certification in October 2014. Romero is also working with Joinville to implement a community outreach programme for GM employees, contractors and the local community. The objective is to receive certification for this programme from the Wildlife Habitat Council certification, a North American non-governmental organisation which aims to recognise and promote actions for community engagement and environmental preservation.