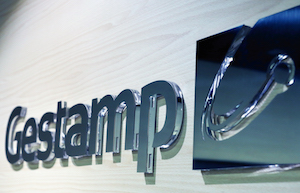 Romania – The Spanish company has bought a majority stake in the operation through its Turkish subsidiary, Beyçelik Gestamp. It plans to increase turnover by manufacturing more added-value components for vehicle-makers.

The plant on the edge of Pitești, an automotive production hub, has a 200-strong workforce and currently makes small and medium-sized stampings and assemblies, mostly for the Renault Nissan Group via its Dacia brand. The operation invoiced €17m ($17.9m) last year.

Francisco Riberas, chairman and CEO of Gestamp, described Romania as “a country with a very promising present and future in the automobile sector”. The new acquisition means that Gestamp now has 98 plants in 21 countries, with a further ten under construction. The company also has 12 R&D centres.