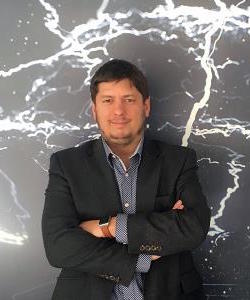 UK – As chief technical officer, Richie Frost will assume overall responsibility for the technical and engineering aspects of the company, in particular leading its new engineering consultancy division. Detroit Electric aims to continue its growth in Europe and Asia.

Frost has built a group of companies which supply engineering services and parts to major OEMs. The projects he has led range from electric city cars and race cars to fuel-cell vehicles and hybrid systems.

In January 2011, he established Frost EV Systems, an engineering consultancy specialising in low-carbon vehicles. This was followed in 2012 by Frost EV Parts, an online shop for high-voltage components, and in 2013 by Frost Electronics, an R&D hub for such parts. Frost’s responsibilities at all three companies spanned business development, technical directorship, recruitment, programme management and design.

In his new role, Frost will report to Albert Lam, founder and CEO of Detroit Electric. He will be based at the Leamington Spa facility.