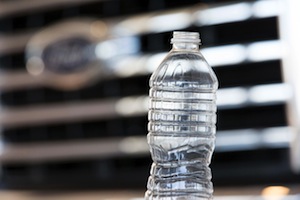 US – The OEM’s 16th such publication highlights environmental achievements at its manufacturing facilities plus mobility experiments to tackle transportation challenges and address future trends, in line with the Ford Smart Mobility plan.

Ford is targeting a drop of 30% in CO2 emissions per vehicle produced by 2025 worldwide, and from 2013 to 2014 achieved a reduction of more than 2.4%. The OEM also says it is on track to cut energy consumption per vehicle by 25% from 2011 to 2016. Since 2000, the company has invested over $300m on energy efficiency upgrades at its facilities around the world. Last year, Ford also announced that it had reduced water use per vehicle by 30% from a 2009 baseline, reaching its target two years ahead of schedule.

Meanwhile, Ford has reached landfill-free operation across its Mexican manufacturing facilities, after Hermosillo Stamping and Assembly Plant attained the status earlier this year. Work began five years ago to make Ford Mexico’s plants landfill-free, and they will now divert 1.5m pounds of landfill waste per annum, based on 2014 rates of waste generation. Solvents are recycled and aluminium is collected for reuse, creating closed-loop systems.

Together, Hermosillo, Cuautitlan and Chihuahua will help Ford to achieve its goal of cutting waste to landfill by 40% per vehicle from 2007 to 2011. Hermosillo has joined 27 other Ford facilities with landfill-free status: 13 in North America, seven in Europe, five in Asia Pacific and three in South America.

In terms of sustainable materials, Ford says its pioneering use of Repreve fibre will help to divert more than 5m plastic bottles from landfill. The material is being incorporated into the F-150, the fifth model worldwide.