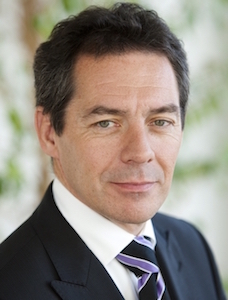 Steve Armstrong is currently president of Ford South America, a position he has held since January 2014. He will step into his new role with Ford of Europe on September 1, reporting to Jim Farley, Ford executive vice-president and president, Europe, the Middle East and Africa.

Barb Samardzich, vice-president and COO, Ford of Europe, will retire on October 1 after 26 years of service, during which she has held senior roles in the US and Europe. Samardzich has been COO since November 2013 and has overseen functions including Manufacturing; Quality, Product Development; Purchasing; and Sustainability, Environment and Safety Engineering. Prior to her current role, she was vice-president, Product Development, Ford of Europe. Samardzich also held officer-level positions at Global Product Programs and Powertrain Engineering. She was responsible for the design, engineering and development of key Ford and Lincoln vehicles, including the 2005 Mustang.

Lyle Watters will assume his new role on August 1, taking responsibility for all Ford operations in South America. He will report to Joe Hinrichs, Ford executive vice-president and president, The Americas. Watters was previously CFO and vice-president, Finance and Strategic Planning, Ford of Europe. He has also been a member of the Ford Otosan board of directors since March 2012 and the Ford Sollers board of directors since April 2012. Prior to his service in Europe, Watters was CFO for Ford South America. He has now been elected a corporate officer of the Ford Motor Company.

Neil Schloss will add the CFO role at Ford Smart Mobility to his existing duties as Ford vice-president and treasurer, effective from August 1. He will report to Bob Shanks, CFO at Ford Motor Company, and Jim Hackett, chairman, Ford Smart Mobility.