US - The production milestone was recorded at the company’s Flat Rock Assembly Plant in Michigan, where it also makes the Lincoln Continental. During the course of its 54-year production history, the model has also been made in San Jose, California, as well as Metuchen, New Jersey.

Another important milestone for the muscle car was hit in 2015 when the OEM first started selling it in Europe. Since then, over 38,000 units have been delivered to customers across the continent. In 2017, the Mustang outsold the Porsche 911 in 13 European markets.

As well as promising demand for the Mustang during recent years, Ford has also benefitted from rising SUV sales in both the US and Europe. It has consequently invested in production of its larger models, such as the Lincoln Navigator and Ford Expedition in Kentucky, as well as the EcoSport in Russia and Romania. 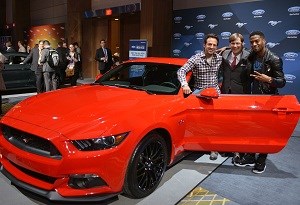