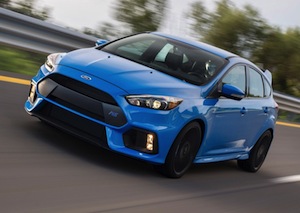 Germany – After returning to profit last year, the OEM is targeting a higher profit and pre-tax operating margin in 2016, and 6-8% in the longer term. Key measures will be the refocusing of product strategy, the identification of new revenue streams, the reduction of costs and an increase in manufacturing efficiency.

“In the past three years, Ford of Europe has improved its business in all areas and moved from deep losses to a $259m profit in 2015. This is a good first step,” commented Jim Farley, Ford’s executive vice-president, Europe, Middle East and Africa. He said the vehicle-maker would take action “to create a vibrant business that’s solidly profitable in both good times and down cycles”.

Ford has launched 30 new and refreshed vehicles since 2012, and will launch seven in 2016, including the Focus RS performance hatchback and the new Kuga and Edge SUVs. Its core line-up will be streamlined to eliminate less profitable models over time; five new SUVs or crossovers will be launched in the next three years, starting with the Edge in the second quarter. The Vignale line will be expanded from just the Mondeo to five models by 2017.

Ford will also introduce new plug-in hybrid, hybrid-electric and fully electric models by 2020, as part of a previously announced $4.5 billion investment in electrified vehicle solutions. In another technological trend, the OEM will this year make eight vehicle lines in Europe with all-wheel drive or four-wheel drive, compared with three models in 2012.

In the commercial vehicle segment, Ford will introduce new powertrain and other technologies for the Transit Custom and Transit two-tonne, plus a refreshed Ranger.

Ford’s production network in Europe will be expected to achieve a 7% improvement in manufacturing efficiency and greater utilisation. The OEM has already saved costs and improved utilisation by closing three plants in western Europe since 2013, and reaching agreement with the unions in Germany.