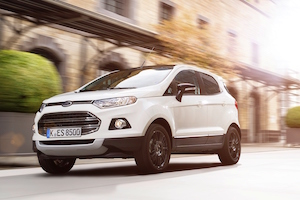 Romania – The vehicle-maker is investing up to €200m ($223.4m) to make its small SUV at the plant from autumn 2017. The output will be shipped to all European markets except Russia.

“EcoSport sales are up nearly 30% this year, and given the continued outlook for sales growth in the small SUV segment, it’s the right time to move EcoSport production to Europe and take advantage of the excellent workforce and operations we have in Craiova,” said Jim Farley, president and CEO, Ford of Europe. The OEM expects the small SUV segment to grow by 35% over 2015 figures to about 1.5m vehicles a year by 2017.

Ford acquired the Craiova facility in 2008 and has since invested more than €1 billion in its Romanian manufacturing operations. Craiova currently builds the Ford B-MAX multi-activity vehicle plus the 1.0-litre EcoBoost engine. The vehicle-maker said its allocation of the EcoSport followed “productive discussions” with the Romanian Government regarding a framework to help Ford move forward from its existing investment and maintain the global competitiveness of its Craiova operations.

Ford said it will look to make other products at its Romanian factory in order to improve capacity and asset utilisation. “Craiova has a bright future if it continues to improve its competitiveness and operational flexibility. The recent successful agreement on a two-year labour contract was a very positive step,” said Farley. “We also need to continue to work with the government and local authorities to improve infrastructure and logistics.”

The OEM’s Chennai plant will continue to build the EcoSport for domestic Indian sales and export markets around the world.