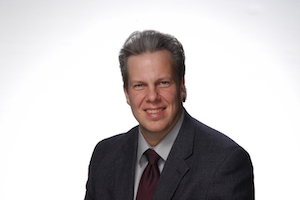 US - Jeff Lemmer has been appointed vice president and chief information officer at Ford. In his new role, Lemmer will be responsible for IT services across the company's global operations. This will encompass several business applications, architecture, data centres, engineering and infrastructure services.

"The exciting convergence of the auto and IT industries is creating new opportunities to leverage technology not only to maximise operational efficiencies but also to speed up the development and implementation of solutions for consumers and cities," said Jim Hackett, Ford's chief executive officer. "A trusted and experienced leader, Jeff’s extensive knowledge of the IT field will help Ford further position itself for growth during these transformational times."

Lemmer's most recent role was vice president and chief operating officer of IT, during which he led Ford's development of automotive-related applications. He also oversaw the construction of two data centres. Lemmer holds a bachelor’s degree in maths and computer science from Lawrence Technological University.