Described as Sergio Marchionne's 'Book of Dreams', the newly formed OEM has an ambitious growth plan 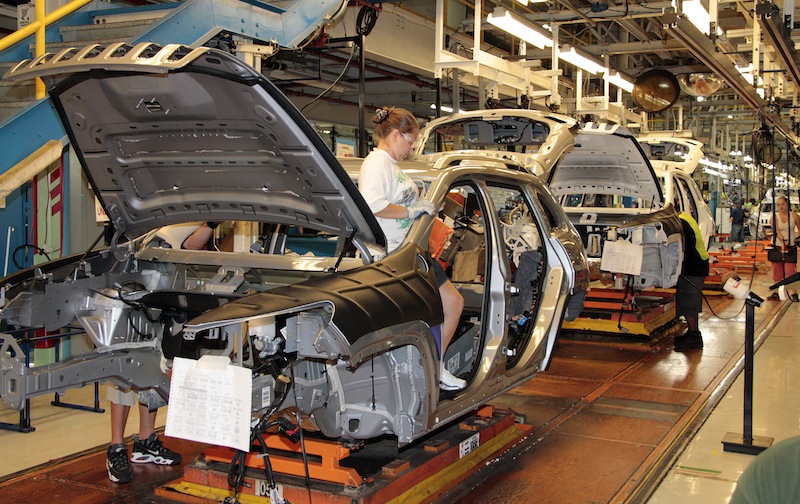 In a series of detailed presentations made during a two-day event in May 2014, Fiat Chrysler announced its new corporate strategy, with CEO Sergio Marchionne claiming the OEM was rewriting the rulebook for running automotive companies. The outlined plans were certainly ambitious, although they also lacked detail in some regards and raised a number of questions, not least concerning the practical and financial resources that the new strategy will require.

Looking at Fiat Chrysler from the top down, one of the key aspects highlighted by Marchionne is the cultural and organisational merger of the European and American sides of the company. Marchionne claims that a number of past mergers in the automotive industry failed owing to a lack of trust between senior management; this would not be the case with Fiat Chrysler, he assured investors, explaining that the new company’s leadership team was “made up of... survivors who have been to Hell and back; they know what it feels like to be lost and beyond hope”.

Fiat and Chrysler have certainly been through a number of difficulties in the past and it is to be hoped that the lessons from these previous problems will indeed have been learnt by the company’s current leadership.

A challenging journey
The carmaker has set itself targets which appear, on the surface at least, to be eye-wateringly difficult. They may be achieved in the fullness of time, but if this is to happen it will be on the back of continued market growth and buoyancy in both developed and emerging markets. They assume, moreover, that the company’s new model plans will be delivered on time and hit consumer expectations dead-on. Given the recent history of delayed model programmes at Alfa Romeo in particular, it may be questioned whether the company has a reliable record of accomplishment in this regard, and whether it might make the same mistakes again.

In terms of the big picture and numbers, the key aim which sums up the challenge Marchionne and his cohorts have set themselves is that of growing group sales by more than a third, to nearly 7m a year by 2018. Some 10% of this volume is due to come from joint venture brands in China and India; more than 6m will be sales of its existing brands. Even with strong growth in China and Brazil in particular, this still represents a staggering number of new customers which the company needs to find in fewer than five years.

Fiat Chrysler will need an additional 2m customers by 2018 – 400,000 or so new customers every year between until then. Given that only a limited number of these newcomers will be buying a second Fiat Chrysler model within this tight period, the cumulative number of new customers required in this period is likely to be over 5m. It seems reasonable to ask where they will all come from – and at whose expense?

Investment & capacity
Behind this big sales target, there will be a new corporate structure, with the holding company registered, for tax reasons, in the Netherlands, but with a board based in London. This board will oversee a commitment to invest €9 billion ($11.9 billion), focused on Europe especially; this is designed to eliminate the deep-seated losses which Fiat has been running in the region in recent years.

At the heart of the model plans will be a new series of rear-wheel-drive Alfa Romeos and a revamped – in fact a reduced – Fiat range. Underpinning the plan is the objective to sell 400,000 Alfas by 2018, more than five times the number sold today. This is an ambitious strategy, not least because of the number of new model segments the brand will need to enter to do so; all of these Alfas will, according to Marchionne, be made in Italy and exported around the world.

While Alfa focuses on producing in Italy, its key competitors, Audi and BMW, already produce more vehicles outside their German homeland than Alfa intends to be making in total by 2018. In 2013, for example, Audi produced nearly 756,000 vehicles outside Germany in addition to the 852,000 it made there. Both companies have announced plans in the recent past to expand further globally, as has Mercedes. While Alfa retrenches into Italy, its competitors are becoming ever more international.

In North America – the core market for Chrysler, Dodge, Jeep and Ram – Marchionne accepts that the company’s plans are predicated on “a near-perfect expansion of the brands”, adding that sales have been targeted to rise by 1m units between now and 2018. He accepted that this was “a big number”, but nontheless claimed that the company had the brands to achieve this growth.

To this end, Jeep will grow from being produced in the US alone to having factories in six countries, including Europe, Brazil and China; ultimately it will have at least six models in its expanded line-up.

Back in Europe, Fiat brand sales are not expected to increase significantly, although the group is expecting growth across all its brands of between 25-30% – to 1.5m units a year across the board by 2018. Efforts to achieve this will involve a reduced, refocused Fiat line-up which will centre on the 500 and Panda nameplates, and the progressive retrenchment of Lancia to become a brand for the Italian market only. Outside Europe, Fiat expects Latin America to remain its largest market, with sales up more than 12% to 800,000 by 2018, a tripling of sales in Asia-Pacific and a doubling in North America.

Powertrain strategy
In addition to significant new vehicle activity underpinning Fiat Chrysler’s future strategy, there will be an all-new powertrain strategy focusing on turbocharged, in-line, four-cylinder petrol engines. These will use a number of weight-saving and fuel-saving technologies, including: Fiat’s Multiair valve controls which improve air intake; an offset crankshaft which reduces friction; low-friction roller bearings on the camshaft and balancer shaft; a lightweight aluminium block; a variable flow water pump for faster engine warm-ups; integrated head and exhaust manifold to reduce weight and improve turbocharger performances; and direct fuel injection for high compression and power. 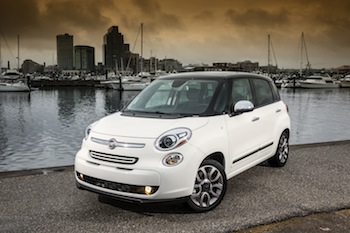 While new models, new factories and geographic expansion are at the centre of Fiat Chrysler’s forecasts, there is also a significant issue of financial engineering, as well as automotive engineering. It has been observed that if the company were to be quoted in New York rather than Milan, it could possibly reduce its borrowing costs by 2%, saving around $700m a year. This would be roughly equivalent to investing in a new model every year without affecting the bottom line.

The initial reaction by financial and automotive market analysts to Fiat Chrysler’s new plans was that they were simply too ambitious. Perhaps this reflects the often herd-like mentality of the analyst community, but it has been difficult to find any who regard the Fiat Group targets as achievable or reasonable.