EVs: The end of the beginning? 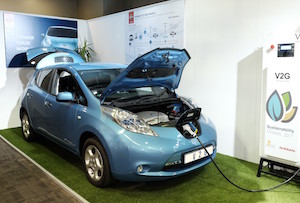 For some years, mainstream vehicle companies have largely toyed with producing electric vehicles (EVs); Ford, with its now-ended Focus Electric, and Volkswagen, with its Golf Electric, tested the market using existing vehicles fitted with first-generation electric powertrains. Nissan and Renault co-developed a purpose-built urban runaround (the Leaf and the Zoe), but sales of both models have been well below expectations, especially in Europe, and certainly not in the volumes required to generate a return on the investment in both product development and new production lines. However, during 2016 and especially since the start of 2017, things have begun to change.

In particular, the German carmakers have accelerated their commitment to and investment in EV technology and production. Mercedes has announced a range of models under the new EQ brand, with production of saloons and SUVs with EV powertrains due to take place at both the Sindelfingen and Bremen plants by the end of the decade. Similarly, Volkswagen has confirmed that its first purpose-designed electric vehicle, the ID, will go into production in 2018 at Mosel; further new models are expected at other German plants and at the Audi plant in Brussels, Belgium. Along with BMW, the German OEMs will shortly have European capacity for purpose-designed EVs of over 250,000 units per year. The interesting question is how many EVs are going to be made and sold, and when.

Until recently, analysts have been somewhat cautious regarding likely take-up rates for EVs, with some suggesting only 5% by the early 2020s. However, some see concerns about the environmental and health impacts of diesels heading towards a tipping point. Traditionally, European car sales have been roughly equally split between diesel and petrol, but the move away from diesels appears to be accelerating. With the threat of diesel-powered vehicles being banned from city centres and some mainstream press appearing to mount an anti-diesel campaign, the industry may well be fighting a losing battle if it tries to maintain diesel technology as a major element in powertrain strategies. In the UK, the situation may worsen because of the predominance of personal contract plans for vehicle finance and worries over an impending credit bubble.

However, it is not only diesels which may be facing a negative long-term outlook. According to some analysts, the same decline will also hit petrol-powered cars. A recent report from Stanford University economist Tony Seba, Rethinking Transportation 2020-2030, suggests that the imminent fall in unit costs for both EVs and autonomous cars could result in consumers switching en masse to these vehicles by 2030.

Seba may be overenthusiastic in his prediction for the timing of the switch to EVs and self-driving cars, but he is surely right that it will eventually happen. Not only will our cars change, stimulating major shifts in the activities of carmakers, plus vehicle and powertrain manufacturing arrangements, but the shape and organisation of our urban transport infrastructure will also be transformed. It’s just a question of when.