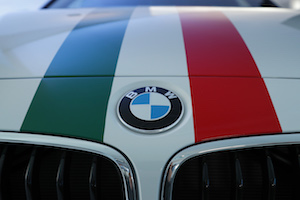 Vehicle-makers can barely get into Mexico fast enough. No fewer than six new factories will be opened between 2016 and 2019 – more than one a year. This September witnessed official plant launches by Kia and Audi, next year it will be Renault-Nissan in partnership with Daimler, Ford will follow in 2018, while BMW and Toyota will bring up the rear in 2019. Some of these companies will be manufacturing in Mexico – or even the wider region – for the very first time, as is the case for Kia and Audi. Another interesting point is that exactly half of these new factories will be producing premium vehicles. Meanwhile, those OEMs which are not setting up new production sites are expanding existing facilities, as Volkswagen is doing in Puebla.

This greater capacity over the coming years will lift the total number of vehicles made in Mexico by an astonishing 43% to 5m per annum, likely placing the country sixth worldwide for automotive production. A number of the OEMs and suppliers I spoke to during my ten-day tour suggested that Mexico might rise even higher, given its many economic and logistical advantages, plus enthusiastic support from a government which is keen to attract major industry players. Indeed, those new and expanded car factories will benefit from Mexico’s ‘population bonus’ – a larger proportion of young people than in more developed nations – and thus provide the kind of jobs that are much needed in a growing population. The aims of industry and government are conveniently heading in the same direction.

This is the broader pattern, but there have been some political problems at a lower level. Disappointingly, the launch of Kia’s impressive new factory in Nuevo León has been marred by the attempts of a new state government to claw back some of the incentives which lured the OEM to the area in the first place. This has slowed the development of appropriate infrastructure which is lacking in an area that has no history of light-vehicle production – but has the potential one day to rival the existing hubs of Puebla or Guanajuato if both sides pull together.

While most Mexican states are eager to draw in foreign vehicle-makers, the US (and indeed Canadian) unions are correspondingly anxious to stop production heading south. Such pressure has helped to achieve reversals of the usual trend, including Ford’s decision to transfer its F-650 and F-750 trucks from Mexico to Ohio last year. With a US presidential election due in November, there is now some uncertainty over trading relations between the nation states of North America. Amidst his many vociferous claims, Republican candidate Donald Trump has pledged to renegotiate the North American Free Trade Agreement which enables the increasing flow of vehicle exports from Mexico to the US. Mexico has free-trade agreements with over 40 countries worldwide, but most of the OEMs which have set up home there aim to send the majority of their output to the US, and a drastic change would therefore be a significant (if unlikely) blow.

The more realistic threats to the automotive industry in Mexico are connected to the pace of development itself. The large number of new vehicle factories being built in such a short space of time will put pressure on the supply base and the availability of skilled labour. Both industry and government would do well to pour resources into these two areas so that the phenomenal growth in Mexico does not stall. Yet the inclusion of premium brands among the upcoming facilities amounts to a vote of confidence in Mexico as a manufacturing base for the automotive industry – and a sign that it is maturing from purely low cost to boldly high quality.